On Diversity and Free Expression

A Message from President Casamento 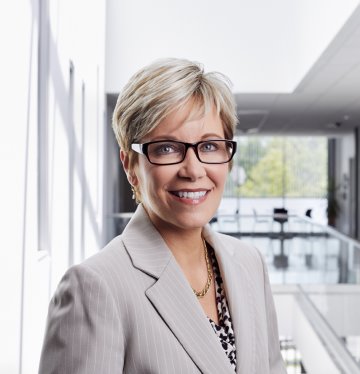 Earlier this year, I read with interest and concern a New York Times column by noted educator and scholar John Palfrey. Mr. Palfrey, a former Harvard law professor, is the head of school at Phillips Academy in Andover, Massachusetts. He suggested that as our country’s political divide has deepened, so too has the divide between two ideas that are fundamental to the educational mission: diversity and free expression.

Mr. Palfrey wrote, “This academic year, on campus after campus, there has been a choice served up. You are either for diversity, equity, and inclusion in our communities, or you are for free expression.” The idea of framing this decision as an either/or did not sit well with me. However, Mr. Palfrey went on to say, “The strength of our communities depends upon a commitment to upholding both, perhaps especially when that is hardest to do.” That is a sentiment with which I could not agree more.

During my inaugural address two years ago, I spoke about the promises inherent in Utica University’s mission of educating students not only for rewarding careers, but for responsible citizenship. I maintained that Utica must be a place that is open to debate and respectful of the debaters – an institution that allows for an exchange of ideas without judgment as to their right to be heard. What’s more, I called on Utica University to be a shining example of the important role the liberal arts college plays in championing both diversity and free expression and in demonstrating how those two tenets of responsible citizenship can work in concert.

Few will argue with the contention that our country has lost its way in this regard. Elected officials from across the political spectrum – and the citizens who elect them – have reduced the traditions of healthy debate and civil discourse to shouting, divisive name-calling, and vitriolic social media posts. Even more concerning, as Mr. Palfrey suggests, many corners of society, our higher education communities not excluded unfortunately, are questioning how and whether diversity and free expression can reasonably coexist.

With this in mind, this academic year, Utica University will reaffirm its commitment to diversity and free expression, demonstrating that these values not only can but must coexist if we are to achieve our mission. Through a variety of initiatives and programs, we will have the opportunity to explore ways to successfully bridge this gap and, I believe, present a model that others may follow.

I would like to highlight two of these initiatives:

A Statement of Principles

Last spring, a taskforce of faculty, staff, students, alumni, and trustees drafted a Statement of Principles Regarding Expression on Campus, which was unanimously endorsed by the Faculty Senate, Professional Staff Advisory Council, Student Government Association, Alumni Council, and Board of Trustees. This Statement of Principles, which can be found on the Utica University web site, focuses on providing practical guidance, not institutional cover. Over the course of the academic year, we will further introduce the Statement to the Utica community and set ourselves to testing its veracity. Our goal will be to look closely at how these principles may be incorporated into the life of the University so that they become an intrinsic part of our culture, not simply something that is read once and forgotten.

The Talking Across Differences Series

On Thursday, September 13, 2018, Utica will host Dr. Jonathan Zimmerman, professor of history of education at the University of Pennsylvania and the author of The Case for Contention: Teaching Controversial Issues in American Schools and Campus Politics: What Everyone Needs to Know. Dr. Zimmerman will give a talk titled “Talking Across Differences: The Challenges of Democracy, Deliberation, and Civility in 2018,” in which he will discuss how, in today’s turbulent political climate, we balance the core values of diversity and inclusiveness and free expression.

Dr. Zimmerman’s talk, which will be live streamed on the University’s Facebook page for those who are unable to attend, will kick off a yearlong series of programs that will thoughtfully examine wide-ranging perspectives on complex, often-polarizing issues in today’s society, including immigration policy, strategies for addressing social inequities, and the role and responsibility of media. The Talking Across Differences series, which borrows its name from Dr. Zimmerman’s keynote address, is being coordinated by a planning committee of faculty, staff, and students, led by Provost Todd Pfannestiel and Dean for Diversity and Inclusion Alane Varga.

Through these initiatives and beyond, we will continue to be community that is welcoming of individuals from all backgrounds, beliefs, identities, abilities, political affiliations, perspectives, and preferences. We will remain committed to ensuring that diverse viewpoints are accepted, valued, heard, and discussed. We will remain committed to teaching students to confidently defend their beliefs, to consider multiple perspectives, to vigorously challenge points of view that are not supported by facts, and to address differing viewpoints honestly and respectfully.

As we work through these challenging issues, my sincere hope is that we as a community will reject the false choice between the essential values of diversity, equity, and inclusion and free expression and recognize that we must embrace both, not one over the other.