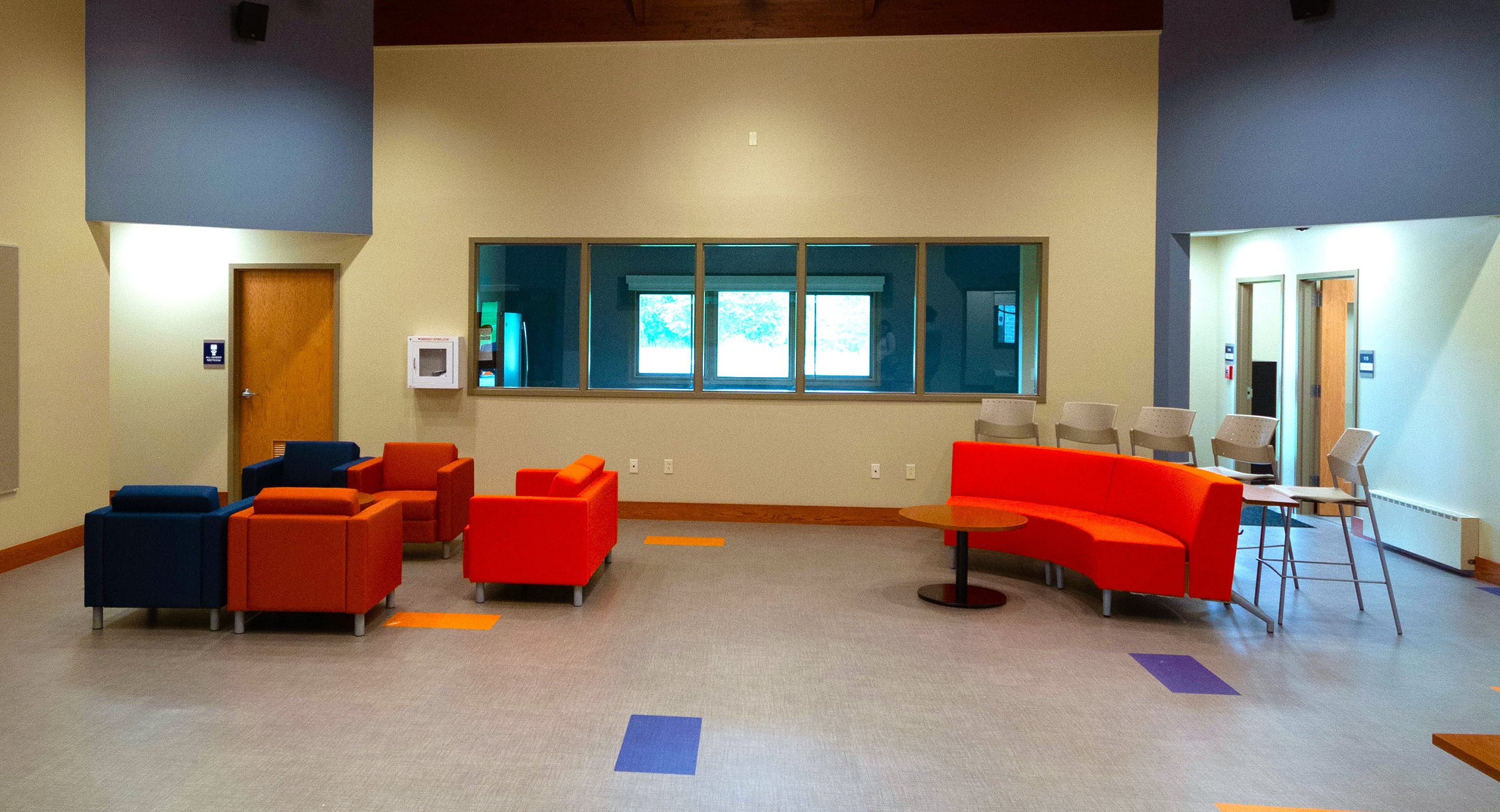 The Wilcox Center is a space for gathering, meeting, relaxing, and collaborating.

A top-to-bottom renovation and repurposing of the facility that housed the former Newman Center, the Francis A. Wilcox Intercultural and Student Organization Center, also known as the “Wilcox Center,” offers students space for gathering, meeting, studying or just plain relaxing. 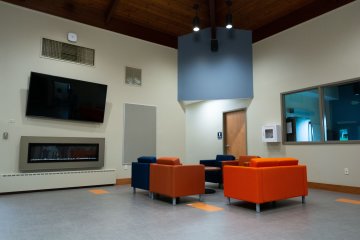 The 3,500-square foot building, formerly the Newman Community Center, features a great room with a fireplace and large flat-screen TV, speakers, a full kitchen, and to top it off, an outdoor patio where students can convene around the ambience of an outdoor gas fireplace. There are a number of individual meeting/study rooms as well. The $900,000 renovation was completely donor funded. 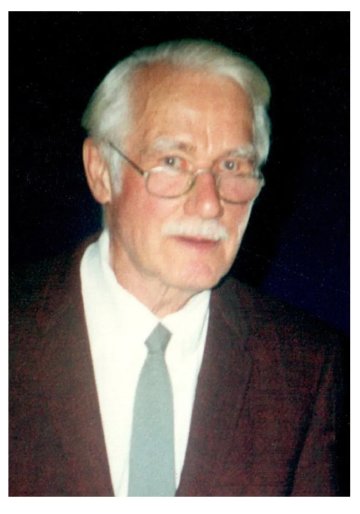 He served in the United States Army’s Signal Corps in India during World War II. He was awarded the Good Conduct Medal, the Meritorious Unit Award, and the World War II Victory Medal. Following his military service, he spent nearly his entire professional career as an Electrical Engineer with the General Electric Corporation, both in Utica and Syracuse.

After his retirement, he was a dedicated volunteer for the Utica Public Library, and the Oneida History Center, where he pursued his passion for Genealogy, helping people from around the United States explore their family roots and heritage.

The Wilcox Center is open 24/7 for students. The space may be reserved for student clubs/organizations or multicultural-related activities by request through PioHub (students) or the Event Management System (faculty/staff).

Please make note of the Meditation and All Denomination Prayer Room schedule. To limit noise disturbances, reservations in the Wilcox Lounge are not permitted during designated prayer and mediation hours.

Guidelines for Use of Spaces in the Wilcox Center