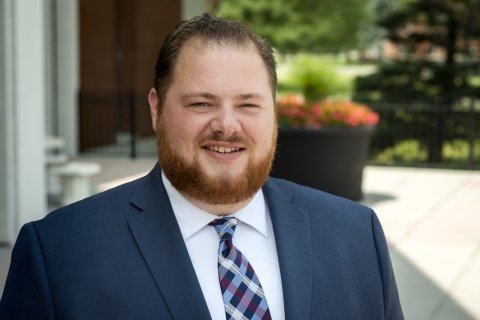 Mathew joined the Utica College family in June of 2018 as an Area Coordinator after working as an Area Coordinator for The College of Saint Rose in Albany, NY. Prior to working at UC Mathew graduated from The College of Saint Rose in December 2014 where he earned his Bachelor’s Degree in Childhood Education, and his Master’s Degree in Higher Education Leadership and Administration. At his previous institution, he worked as a member of the Alliance for Sexual Assault Prevention committee, and the leadership retreat planning committee, as well as advised Colleges Against Cancer. Mathew’s current responsibilities include being the Advisor for the Residence Hall Association and Class of 2021, acting as a member of the Diversity Committee, as well as overseeing Boehlert Hall and Pioneer Village. Outside of Utica College, Mathew enjoys spending time with his nieces and nephews, enjoying Utica food, and working on his goal of visiting all 50 states.