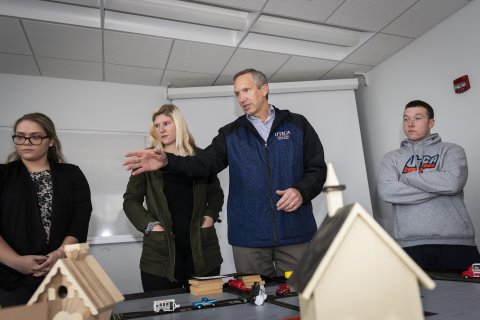 Gregory E. Walsh, Ed.D., is Assistant Professor of Criminal Justice. Prior to joining UC, Walsh held a variety of positions with the New York State Police over a 25-year career culminating in his promotion to Captain in the Bureau of Criminal Investigations (BCI) in 2003. As Captain at the BCI, Walsh managed and coordinated all major criminal investigations for the state police in a seven county area. Additionally, he supervised the BCI’s specialized units, including the Computer Crimes Unit, the Forensic Identification Unit, the Counter Terrorism Unit and the Violent Crimes Investigation Unit.

Following the 9/11 terrorist attacks, Walsh was appointed as Chairman of a seven-county counter-terrorism law enforcement conglomerate and served as a member of the U.S. Attorney’s Anti-Terrorism Task Force.