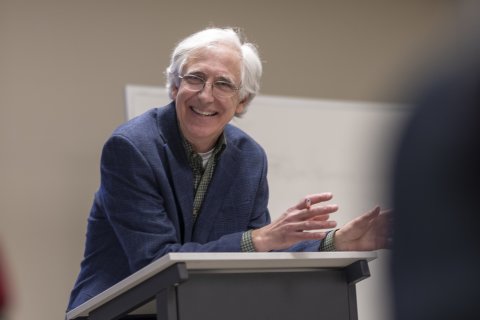 David Chanatry is the Director of the New York Reporting Project at Utica College. Chanatry is a veteran journalist whose career has spanned television, radio and print. He spent 20 years at NBC News, writing and producing news stories for several programs including NBC Nightly News and The Today Show. His work has also appeared on NPR’s Morning Edition, All Things Considered, Day to Day and Living on Earth; Public Radio International’s The World; BBC Radio News; and The World Vision Report, and he has been a contributor to The Washington Post and other publications. He has reported overseas from Kosovo, Albania and the Sudan. Chanatry spent 2001-2002 as a Knight Fellow in Science Journalism at the Massachusetts Institute of Technology, and has served as a judge for the American Association for the Advancement of Science broadcast awards.

Chanatry is Chair of Public Relations and Journalism and Professor of Journalism at Utica College, where he teaches courses in broadcast news writing and television news reporting and producing.