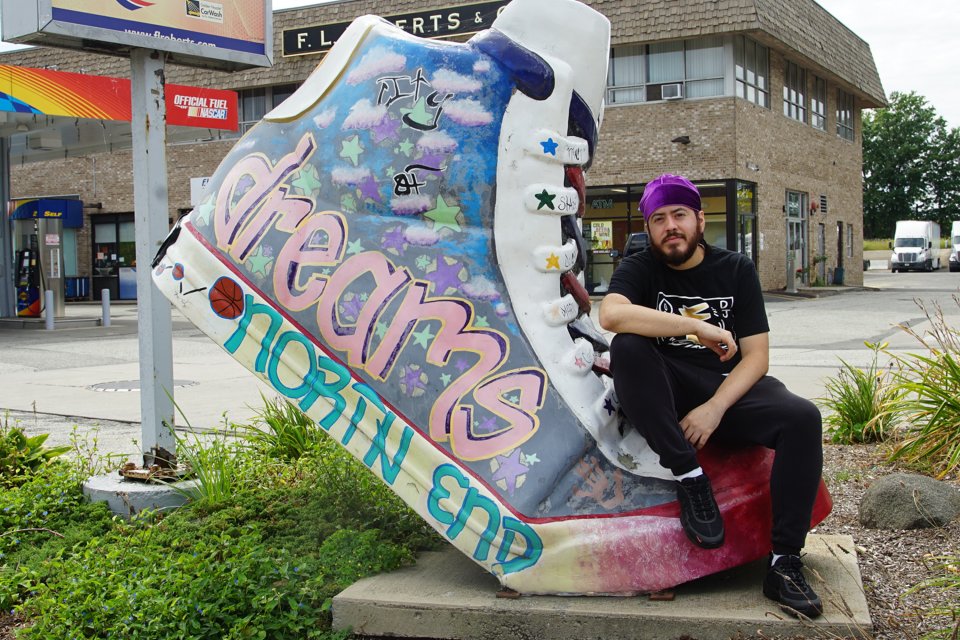 “My experiences and involvement at Utica College definitely prepared me for the path I am on. I discovered a lot about my own self during my time at UC. I made a lot of breakthroughs and I will never forget it. UC was legendary during my time and I'm proud of it.”

Like most artists, if you want to get to know them, you can often start with the work they create. There’s a good portion of who Samson Maldonado ‘12 is in his latest album, Pinstripe Kid. If the music tells a story, it’s only as good as the storyteller behind it, and Samson credits his storytelling abilities to the time and support honing his craft at Utica College.

“What made my time at UC special was that I was part of one of the last classes that received a dual degree from both Utica College and Syracuse University,” he explains. “Today’s UC students would not get to see both institutions' names on their degrees and I am really grateful for arriving at Utica College within the period I did. I was also very aware historically about the city of Utica and it pulled me to go there. I also went there because my older sister was also an alumna of the college. I got accepted into the HEOP program and my journey to UC began.”

His time at Utica College was certainly not lacking in activity. Whether it was having a radio show at WPNR, working at the Student Activities office, co-founding a Poetry Club called “Open Moments,” becoming a member of Phi Lota Alpha Fraternity, as well as tutoring his peers, Samson consistently found ways to be active on and off campus.

“I’m proud of everything I accomplished at Utica College,” he proudly says. “I also performed every year in the school talent showcases including AIM Extravaganza and all major banquets. I can proudly say UC matured me and gave me the push I needed for life.”

And it was all throughout that life that music played an important part.

“Music and lyrics have always been in my blood,” he says. “Since I was a child my ears always can hear flavorful sounds. My parents always played great music from all genres and I know that had a lot to do with it. As I got older I always dabbled with recording music but I was more of a poet rapper in the beginning especially during my time at UC but I was always secretly building on my sound with the intention that post college I was going to become a living working artist and share my voice with the world aside from my day job. I always knew I wanted to make music and my experiences gave me the development I needed to get to the place I am today. I just want to be called an Artist. I create more than music; it's definitely a unique art-form. The term storyteller I also embrace often because my poetry works tell a story. I would definitely embrace the term artistic innovator above all else.” 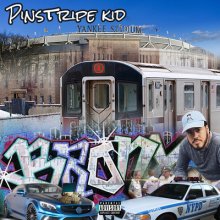 Making its debut in September 2020, Samson says Pinstripe Kid, which he proudly calls “an amazing body of work dedicated to all the vibe seekers,” is available across music stores, including Spotify, Apple Music, Tidal, Deezer, iHeartradio, iTunes and more.

“If you are looking for a true unique sound with enough East Coast grit to make you feel proud to listen to Hip Hop from someone from the hometown of rap. The album was inspired by The Bronx and the things we see as youth here in the city. Pinstripe Kid is a story about a boy who has been marinating himself and the time for his Dreams are now. Pinstripe Kid takes you on a journey of motivation, love, and following your destined path. My experiences and my eyes inspired this album’s lens and message.”

The album was produced over the course of roughly 12-15 weeks in the Summer of 2020, with a follow-up already on the horizon for Spring 2021.

“It has received a lot of love and many have been playing the songs. I’m grateful for the early success for this project and I just look forward to dropping more projects for my supporters.”

For Samson, creating music, like any artform, is just one of many ways of telling stories that can carry not only an emotional weight, but the ability to make a difference and create better understanding among each other.

“There is power in art, It has the strength to influence and impact one's mind and heart. Stories are important, they help understand and reflect a lot in life. I believe it can influence us more than many things in this world. The mental stimulation these stories provide us creates a drug like effect in our bodies. This is why I love to submerge myself into Art and storytelling. It’s truly a freeing world and I love the power it provides for self. Being in the Communication Arts field and taking classes like public speaking courses with Professor Carol Downing and Jeff Miller I learned the power in the Story. Your speech is only as solid as the story it conveys. The things that Professor David Habbel also instilled gave me the same principles and understanding. In this field of communication your story is super important.”

And no matter how high his start shoots, Samson says it all goes back to what he discovered during his time at UC.

“My experiences and involvement at Utica College definitely prepared me for the path I am on. I discovered a lot about my own self during my time at UC. I made a lot of breakthroughs and I will never forget it. UC was legendary during my time and I'm proud of it.”