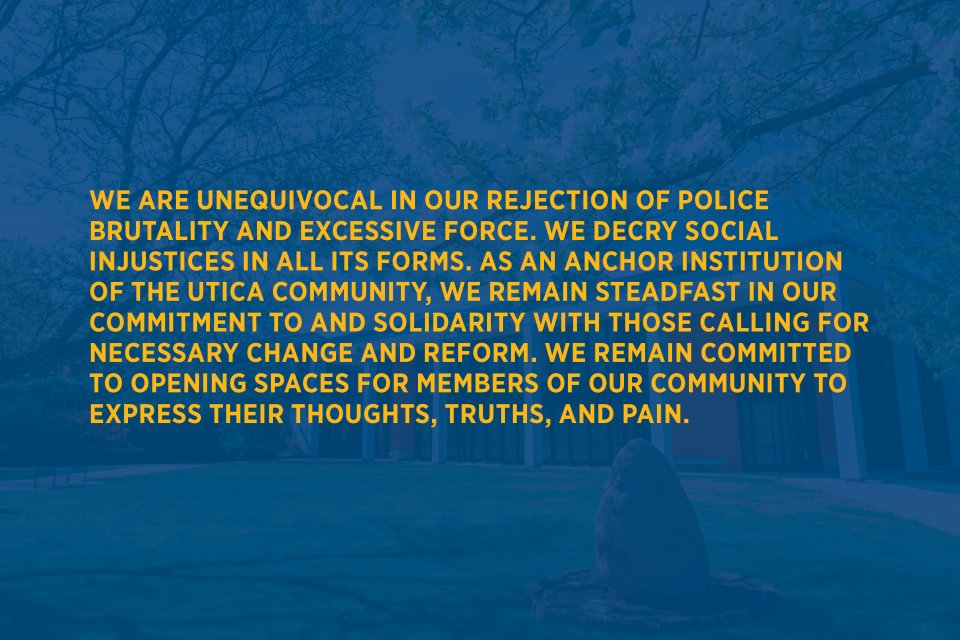 "This incident brings home to us the urgency of the moment we are living in as a nation. We as a community must continue to move forward and work together in a constructive way to affect change."

Today, we learned of one such incident that recently occurred right here in the city of Utica. According to the Utica Police Department, this past Friday, September 4, officers responded to a domestic violence incident on Spring Street in Utica. Upon their arrival, police say an individual named Kerwin Taylor fled the scene and resisted arrest, and that an illegal firearm was confiscated from him at the time. Body camera footage shows a UPD transport officer kicking Kerwin Taylor repeatedly in the head while another officer shouted at him multiple times to stop.

Utica Police Chief Mark Williams said at a news conference this morning that such excessive, unauthorized force would not be tolerated and that “no person deserves to be mistreated by the police.” He announced that the officer in question was immediately suspended without pay with the intention of removing him from the force and seeking his decertification as a member of law enforcement. The case has been handed over to the Oneida County District Attorney’s Office, in anticipation that it will be presented to a grand jury for consideration of criminal indictment against the officer.

We appreciate the transparency and action of the Utica Police Department in response to this incident. Further, we acknowledge the officer who verbally intervened, saving Kerwin Taylor from serious injury or possibly death. Nevertheless, it is understandable that members of our community would feel anger and frustration over yet another incident of excessive police force against a member of the Black community.

This incident brings home to us the urgency of the moment we are living in as a nation. We as a community must continue to move forward and work together in a constructive way to affect change.

We are unequivocal in our rejection of police brutality and excessive force. We decry social injustices in all its forms. As an anchor institution of the Utica community, we remain steadfast in our commitment to and solidarity with those calling for necessary change and reform. We remain committed to opening spaces for members of our community to express their thoughts, truths, and pain. And we remain committed to engaging in conversations that elevate our understanding and allow us to be effective leaders and catalysts of change within our society.

As we have said in the past, the conversations and work that lie ahead are by no means easy, but they are necessary if we are to move forward. Let us continue to address these challenges together, with open ears, open minds, and open hearts.

Utica College has joined with five other area colleges to form The College/Community Partnership for Racial Justice Reform. Hamilton College,... 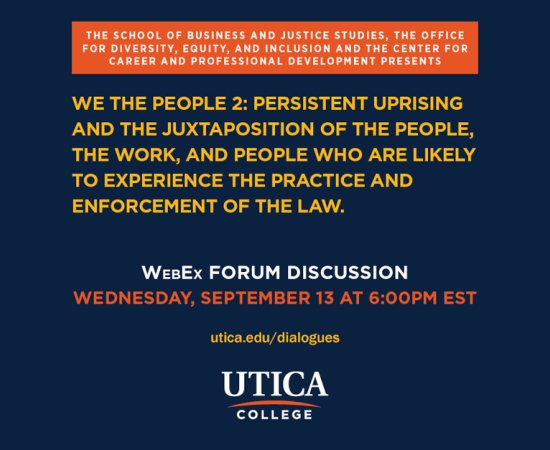 As we continue our ongoing campus conversations to create a better, more equitable, society, the School of Business and Justice... 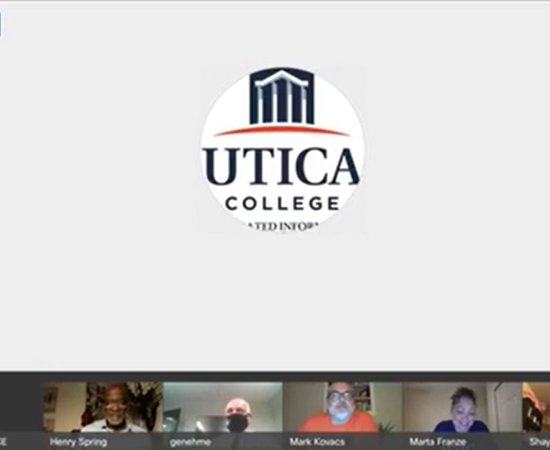 The speak-out brought to a close a series of events throughout the day to mark the 2020 Walk a Mile...
All Stories