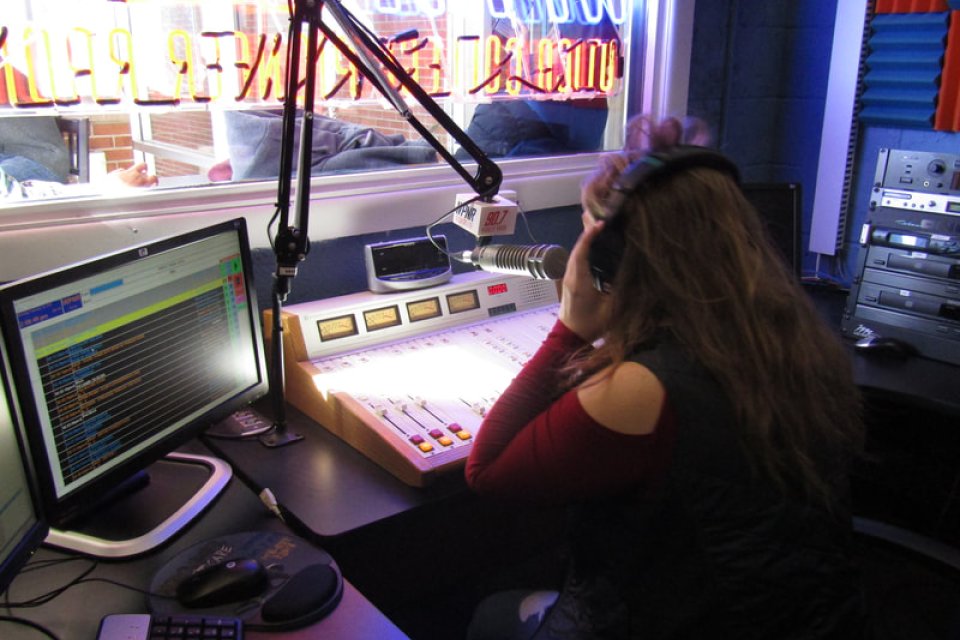 Angeline was the WPNR Public Service Director while Gabriella was WPNR's station manager. Isa is the current Editor-in-Chief of the Utica University Tangerine Newspaper.

What makes these awards so special, says station adviser Douglas Croft, is that they are voted on by working broadcasters throughout the state.

First hitting the airwaves in 1946, the radio station offers more than “DJ” experience to students; they have the opportunity to provide commentary during live broadcasts of Utica University sports, create and staff new talk shows, debut the latest music, and more.

Abin Boris ‘22, who went on from Utica University and his time at WPNR to work in news broadcasting, said, “WPNR opened so many doors for me during my time at Utica. I had the opportunity to meet many wonderful people. It helped me branch out and find my true self. I will forever be grateful for WPNR and all it did for me.”

“Everyone is welcome at WPNR. We had students from all majors, all years, and even different countries. WPNR is a place where people who might think their values do not fit the mold can go to feel safe.”

Behind the station’s continued success is Croft, who is a lecturer in communications as well as the chief operator and station adviser. Croft can often be found working behind the scenes to enable students to have a positive experience year after year.

Boris says, “Doug is there for you 24 hours a day and if you have a problem, he has a problem. He is an amazing person who helped me so much. I could not have asked for a better experience.”

WPNR 90.7 Pioneer Radio offers varied programming including music, live sports, interviews, talk shows, and they even promote events all around campus. More than just a radio station, the staff of WPNR have something special going on behind the scenes and they form a bond that will be cherished forever.