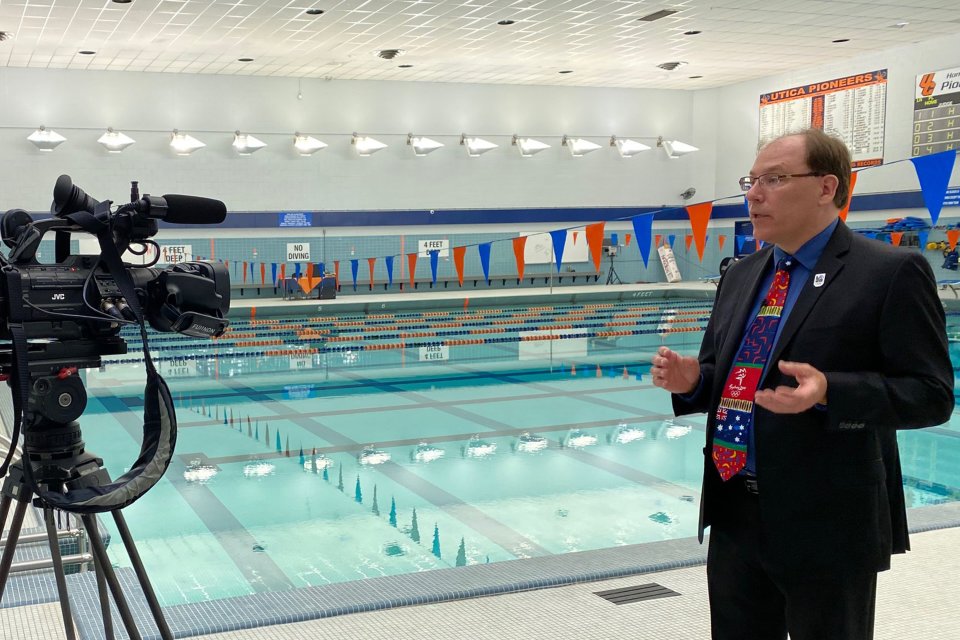 “Women athletes have received the majority of coverage in four of the past five NBC primetime broadcasts of the Olympic Games.”

While many of us are excited about the upcoming Winter Olympics, perhaps no one will watch more closely that Paul J. MacArthur, professor of public relations and journalism.

“Women athletes have received the majority of coverage in four of the past five NBC primetime broadcasts of the Olympic Games,” say MacArthur and James R. Angelini (University of  Delaware), co-authors of the book Olympic Television: Broadcasting the Biggest Show on Earth.

The authors will be tracking the amount of coverage men and women athletes receive on NBC’s  primetime broadcast of the 2022 Beijing Winter Olympic Games, with daily updates posted on  FiveRingTV.com and via the @FiveRingTV Twitter feed. The authors would not be surprised if  women once again receive more coverage than men on NBC’s primetime Olympic broadcast.

In 2018, women received 52.2% of NBC’s PyeongChang primetime broadcast coverage when  mixed-sex events are excluded, compared to 47.8% for men. This marked the first-time women  received more primetime broadcast television coverage than men during a Winter Olympiad,  dating back to 1994 when the studies began. The PyeongChang coverage was particularly  noteworthy as the gap between men’s and women’s coverage has generally been significantly  wider in the Winter Games – sometimes favoring men by 20 percent or more – than the Summer  Games where airtime has often been more evenly distributed. Women also received more  primetime coverage than men in NBC’s primetime broadcasts of the London (2012), Rio (2016),  and Tokyo (2020/21) Summer Games.

In addition to daily updates, the authors will issue mid-Olympic and post-Olympic reports, with complete sport-by-sport coverage breakdowns.

Olympic Television: Broadcasting the Biggest Show on Earthcontains a detailed 20-year  examination of how male and female athletes have been covered within primetime Olympic  broadcasts. The book also has analyses of how race/ethnicity and nationality impact Olympic  coverage, interviews with NBC personnel about the content and production of Olympic broadcasts,  and an overview of Olympic television history. Published by Routledge, it is available in hardcover, paperback and ebook formats at Amazon.com, the Routledge website, and other outlets.