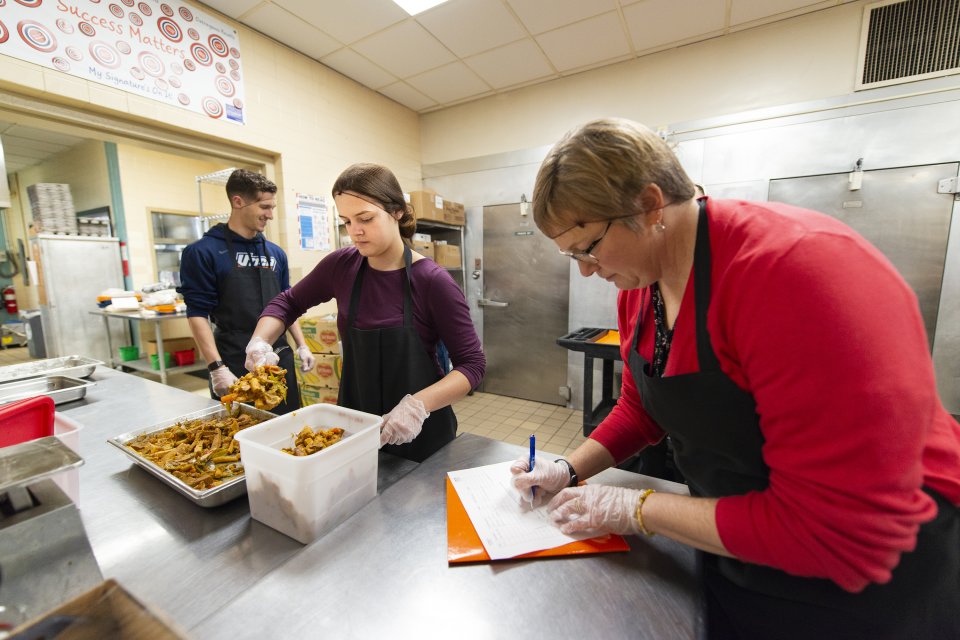 The chapter process was started by Erin Kelly, internship program director for the Nutrition program, and a group of nutrition students in November, and received official accreditation in January.

FRN recovers surplus food from becoming waste and gives it to hunger fighting partner agencies. It was originally started in 2011 by a group of University of Maryland students, and is a mainly student-run operation.

Surplus food from Utica College’s dining hall is donated to Hope House and The Rescue Mission of Utica.

Since November, over 500 pounds of surplus food from the UC dining hall was donated. Food is collected and donated twice a week on Mondays and Fridays.

Utica College joins 230 chapters created since 2011, who have together donated 3.4 million pounds, 2.9 million meals, and prevented 6.4 million kilograms of C02 emissions. Utica is now one of the three colleges in the area who are a part of this program, along with SUNY Poly and Mohawk Valley Community College.