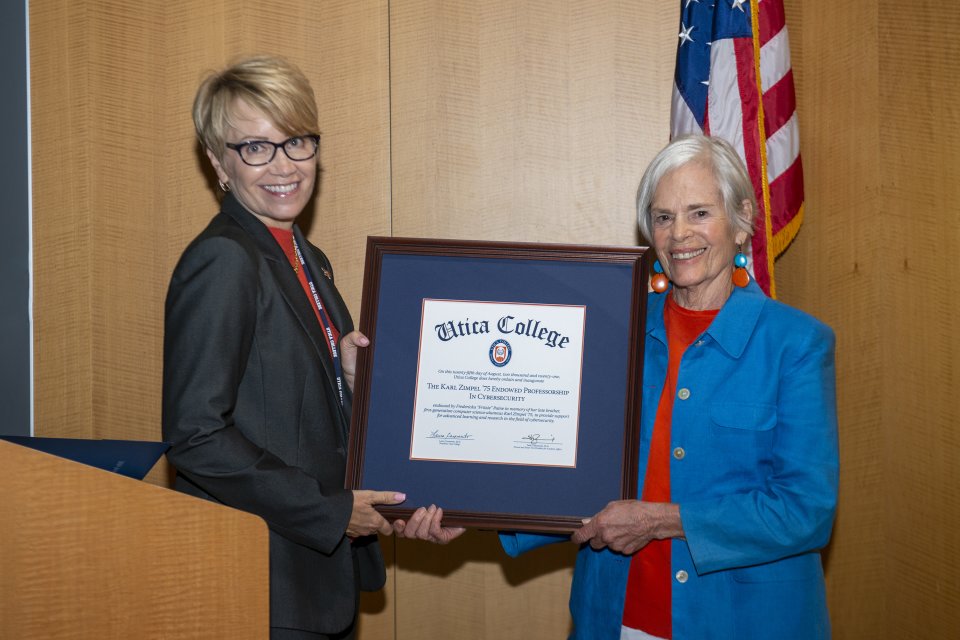 “Ms. Paine’s vision and generosity will take Utica College to a new level in its ability to recognize and support academic excellence in the cybersecurity program."

Paine made this gift in honor of her late brother, Karl Zimpel, a 1975 graduate of Utica College and one of the college’s first computer science students. In choosing the cybersecurity program, Paine hopes to bolster the college’s efforts to prepare graduates to address growing national security threats at home and abroad.

Paine, a retired clinical psychologist, is a native of Canajoharie, New York. An award-winning photographer and world traveler, Ms. Paine has spent much of her adult life in Italy, where her photography has earned widespread acclaim.

“An endowed professorship, a position permanently supported by revenue from an endowment fund, is one of the highest and most prestigious honors a college can award a faculty member,” said Utica College President Laura Casamento. “Ms. Paine’s vision and generosity will take Utica College to a new level in its ability to recognize and support academic excellence in the cybersecurity program. This award provides a significant opportunity to recognize the depth and breadth of academic talent among our faculty, and to support professors as they go afield in their research and scholarly activity.”

For Paine, the gift is a way to cement her brother’s legacy in the college’s history.

The college will honor Paine in a ceremony this fall.