Something Rotten? This Year's UC Musical Comedy to Stream Online 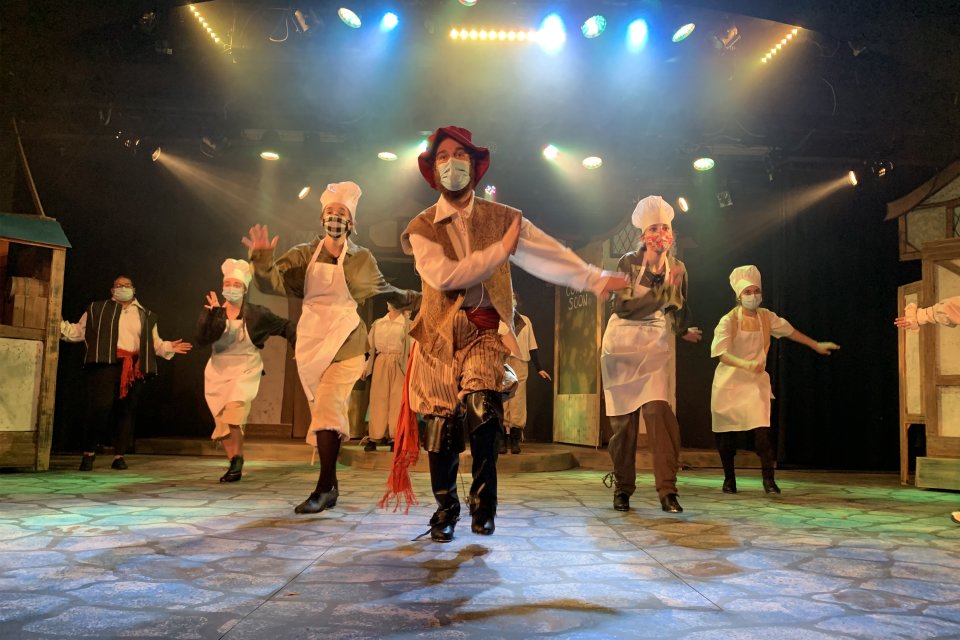 Several precautionary measures have been taken to make sure all students and production staff remained safe during the rehearsal process.

The Utica College theatre department will present Something Rotten, the story of a down-on-his-luck playwright in Renaissance England. The 1595 story follows the Bottom brothers, Nick and Nigel, who pay a soothsayer to tell them what Shakespeare's greatest hit is, only he gets it wrong and hilarity ensues.

Several precautionary measures have been taken to make sure all students and production staff remained safe during the rehearsal process. Participants signed a contract agreeing to follow all safety guidelines or else risk being removed from the production. The students were tested together regularly, and made it through the entire process without one violation, positive test, or quarantine.

The show will be aired via Video on Demand through showtix4u from April 22 through 25. Tickets will be $20 per person, or $40 per household, and UC students will receive a special discount. To make the experience more realistic, the musical participants will also be wearing specially-designed face masks that allow the audience to see their entire face while performing.

To learn more about the theatre department at Utica College, visit https://www.utica.edu/directory/performing-and-fine-arts-department/theatrical-productions