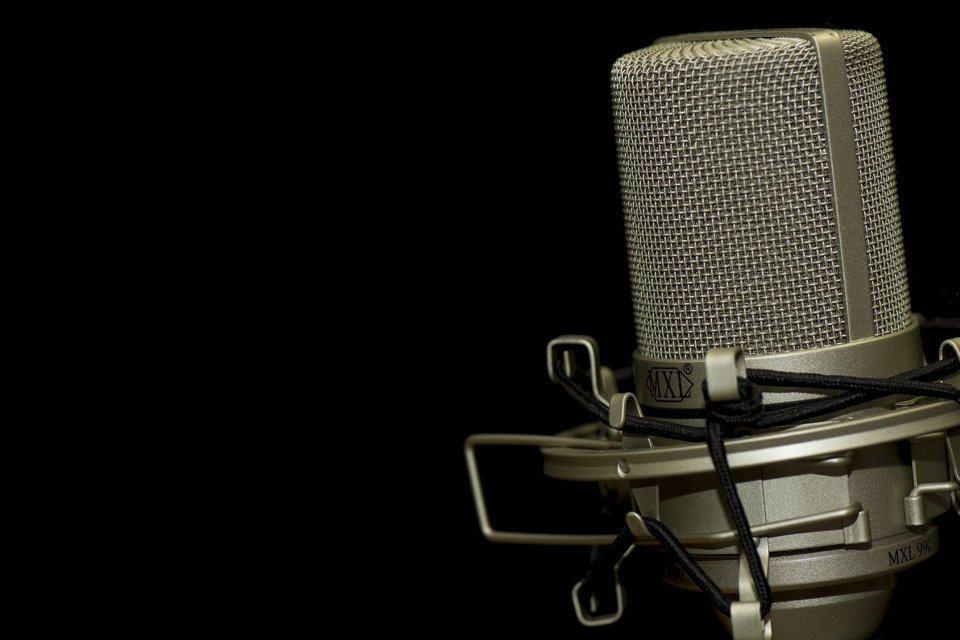 While that may be largely apocryphal, its popularity has never dimmed; it is often adapted around Halloween. In the year of COVID, it makes a perfect show for the Utica College Theatre Department to present since it lends itself to radio and streaming, allowing for social distancing.

Last Friday, I attended a Zoom meeting that was especially interesting and actually entertaining. The Utica College Theatre Department was rehearsing for a live October 30th radio and streaming broadcast of The War of the Worlds. The drama about a Martian invasion is famous for its verisimilitude, which the cast and crew plan to capture by having actors playing reporters cut into what seems to be a live music broadcast complete with a soundtrack made up exclusively of local bands and performers, Cait Devon, JswaeZ, and Atkins Riot.

Isabella Hudziak, a freshman, plays “Carol Phillips” and ensemble characters. This is her acting debut.

While listening to the rehearsal, I was watching a Google spreadsheet of music and other sound effects that Charles Buckley, a sophomore, has to grapple with.

“I’m more of a writing type of person,” he said while looking up YouTube royalty-free audio clips of crowd sounds, lasers firing, and queuing up videos from local artists. I noticed one of my former students, Emmalyn Ylaya’s name was popping up as one of the people helping to gather the audio. She is a student in the Theater Design class, and participating is part of her course work.

Abby Whitt, a freshman, has her hands full understudying for all the actors. She is up to the challenge, however, keeping track of who ways what by color-coding her copy of the script using a different highlighter for each character.

“Honestly, being an understudy is super fun,” she enthused. “I get the opportunity to play all of the characters, so my rehearsals never get monotonous.”

Stage Manager, Seth Shaw, who is a senior majoring in Chemistry, said that he is actually a “math person,” or had been until he was introduced to theatre at Utica College.

“I was a three-sport athlete in high school,” Seth told me. “I never thought I’d be involved in theater.”

He says the infectious atmosphere created by the department faculty and the students working on productions drew him to become involved.

“A lot of jocks find theatre entertaining,” director Rachel Wolfe, Assistant Professor of Theatre, explained. She said that the nature of rehearsing scenes over and over was similar to being coached during sports practice.

“I really like it here,” Derek Corsner, a junior studying Political Science, said of his participation in the project and of the college in general. For him, it’s a way to do something social and cultural despite the restrictions presented by concerns about COVID.

“Being here, being able to do theatre makes it feel like a school,” he explained, saying that he is getting a good education from both hybrid and in-person classes.

“I always knew I wanted to go to Utica College,” Isabella Hudziak agreed.

Isabella’s older sister, Gabriella Hudziak, a junior majoring in communications and media, pulls off the impressive feat or recreating the role of “Professor Pierson” played in the original by Orson Welles. I asked her how she prepared to deliver a monologue that spans the entire second act of the play with con

“I’m thinking she was having a regular old day when Martians attacked,” she laughed. “It’s freaky!”

“There were no men in the original drama,” Rachel Wolfe told me. “Radio was a man’s world.”

The War of the Worlds was broadcast nationally on the Columbia Broadcast Radio Network on Sunday, October 30, 1938. It was based on the H. G. Wells science fiction novel of the same name and is reputed to have caused mass panic in listeners who are alleged to have believed the world was truly under attack by invaders from the Red Planet. While that may be largely apocryphal, its popularity has never dimmed; it is often adapted around Halloween. In the year of COVID, it makes a perfect show for the Utica College Theatre Department to present since it lends itself to radio and streaming, allowing for social distancing.

“I chose it because we were suddenly going online while the whole world seemingly fell apart overnight,” Prof. Wolfe explained.