Queens of the Ring 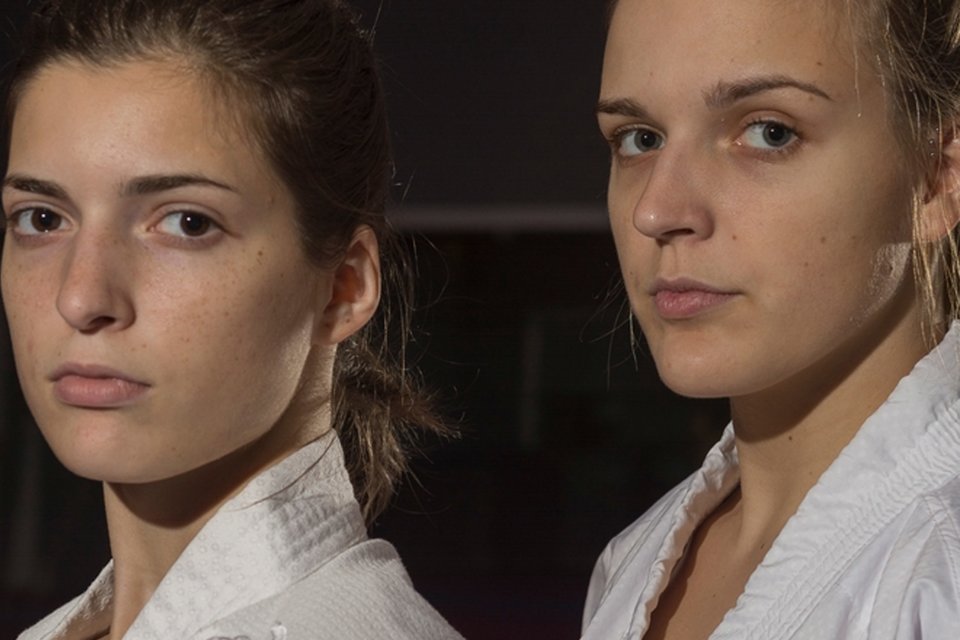 Ena and Tea Latic were glued to Twitter on August 3, 2016, when the International Olympic Committee made a decision that would change the course of their lives.

“I screamed,” says Ena, who recalls watching the live stream of the announcement with her sister, Tea, and Sulejman, their father and coach. It was official: After an IOC vote, karate would be an official sport in the 2020 summer games in Tokyo.

With dozens of medals and national and regional titles under their black belts, the sisters from Utica now had their sights officially set on Olympic competition.

The Latic family emigrated from Croatia in 1999, when Ena and Tea were barely toddlers. After settling in Utica, Suleiman, who was once a Yugoslav national karate champion himself, captured a piece of the American dream when he opened a karate studio in downtown Utica: Dragon Karate School, where the sisters now train and teach.

As kids, Ena and Tea were surrounded by karate. They spent hours in the studio, located just downstairs from the family’s home, watching their dad train kids and adults, and soon get involved themselves. It soon became clear that Ena and Tea had their dad’s gift for the sport. In 2005, at nine years old, Ena competed in the AAU Junior National Championships in Miami. At 12, she competed with adults in a karate event in Osaka, Japan. She placed first.

“When I came home and showed my mom the gold medal, she was crying,” says Ena. “That was the moment it hit me—I could go somewhere with this.”

Tea’s moment came years later at Nationals, where she earned second place at the national kumite championships in the AAU Junior Olympic Games in Detroit (kumite is a Japanese form of sparring). She’s currently the no. 2 kumite fighter in America.

Since then, the sisters have competed—and won—in karate competitions all over the world; in Australia, Italy, and Germany within the last five years alone.

And of course, there’s the hope of traveling to Tokyo in 2020 for the summer games. With the prospect of Olympic competition on the horizon, Ena and Tea have focused their training on the mental aspect of karate.

“Our dad teaches us that it’s all about how you talk to yourself before you step into the ring,” says Tea. “If you have a clear mind, that’s it. Nothing else matters.”

Outside the ring, the challenge for Ena and Tea has been balancing school with time spent in the karate studio. Both sisters chose their UC majors with a future in karate in mind. As a physical therapy major, Ena hopes to work with athletes and help them recover after injuries. From personal experience, she says, “I know the mental aspect of not being able to do something you want to do. I like the idea of helping someone regain strength.”

For Tea, studying business economics will help her understand the financial side of the Dragon School and to expand the school’s reach. "I want everyone to see what we do here," says Tea.

The sisters’ ultimate goal is to take over Dragon School and run it together, with Tea handling the business side and Ena working with athletes—a continuation of their parents’ American dream.

“Karate is already our life,” says Ena, laughing. “It might as well be our career, too.”