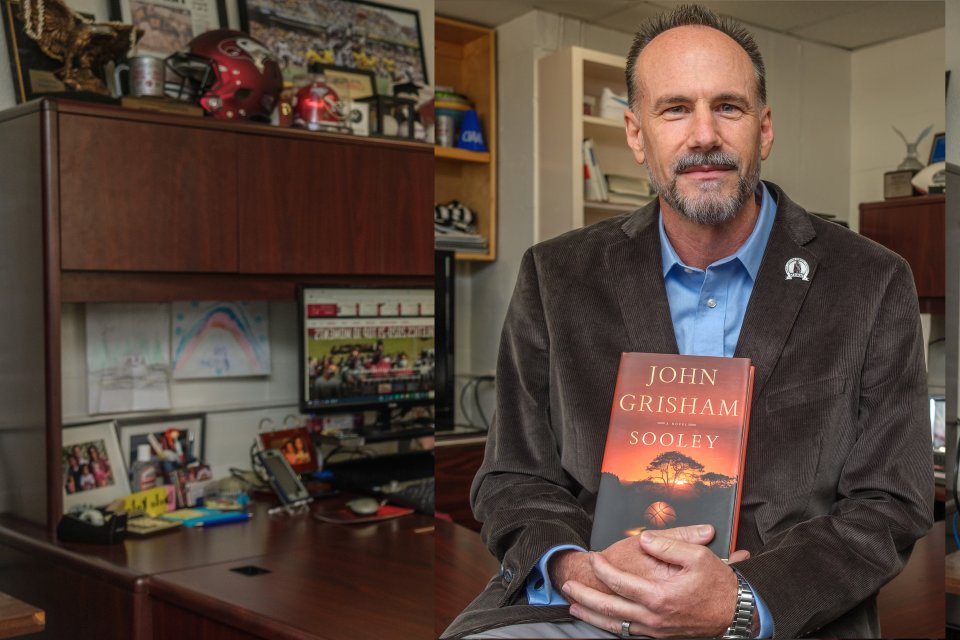 Back in October 2020, when Kyle Serba ’91 received an email from “John Grisham,” he assumed the sender just happened to share a name with the famous novelist.

The message was a request: Could Serba—senior associate athletics director for strategic communications at North Carolina Central University—give Grisham a tour of campus the next day?

Grisham was in the process of writing a novel, he explained; a fictional story about a young basketball player from Africa who attends North Carolina Central on scholarship to escape his home in war-torn South Sudan. The tour would help inform the story and ensure that the details about NCCU were correct.

Serba realized this was no coincidence: The message was, indeed, from the author known for bestselling legal thrillers The Pelican Brief, The Client, and A Time to Kill, among many others. Grisham wanted Serba’s help in understanding NC Central’s campus and culture— everything from residence hall nicknames to the basketball program’s place in students’ social lives.

Serba, who has been in his current role since 1994, was certainly up to the task. The position at NC Central is “the only full-time job I’ve ever had,” he says, laughing. After graduating from Utica College in 1991 and a brief stint as the sports information director at the University of Albany, Serba has spent his entire professional career at the historically black university in Durham, North Carolina—nearly three decades.

The job isn’t a far cry from the career Serba imagined when he enrolled at Utica College as a baseball player and PR major in the late 1980s.

“I wanted to be a sports reporter,” he recalls, and credits PR “legends” Professors Ray Simon and Jack Behrens for steering him into the career he loves.

“My PR and journalism classes opened my eyes to the opportunities in the sports information world,” says Serba, who served as a sports editor for The Tangerine, hosted his own radio show, and played baseball for the Pioneers during his time at UC.

“Ray Simon especially shaped the way I approach PR, even now,” he says. “He always challenged us to think in different ways.”

As for Grisham’s visit last fall, Serba says he enjoyed guiding the author through campus and answering his questions, despite COVID protocols making the tour of student-less facilities “a bit less personal,” he says.

“It was impressive how detail-oriented he was. He really wanted to understand our campus and how people talk about basketball here.”

Months later, Serba received an advanced digital copy of the book, titled Sooley. The novel was released to the public in April 2021 and quickly topped The New York Times bestseller list. 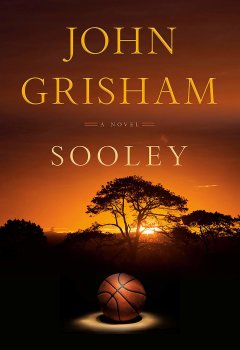 Serba’s review? “I loved it,” he says, crediting Grisham’s attention to detail for the story’s “authentic” feel. Serba is noted by name in the book’s acknowledgements.

“[John and I] have kept in touch, and I promised to take him to a basketball game when COVID restrictions loosen up,” says Serba. “He was really excited about that.”