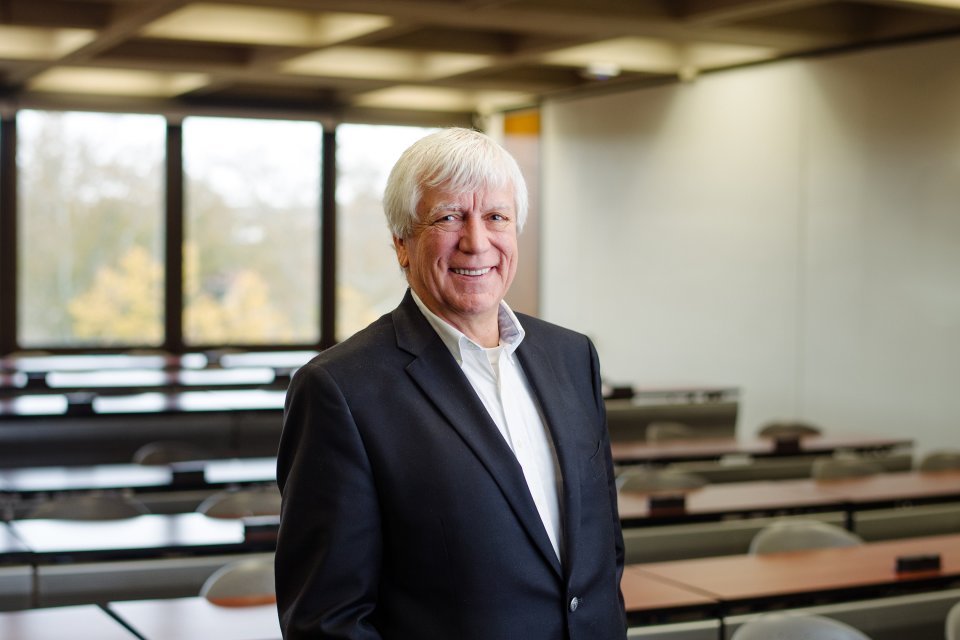 Even in his Utica College days, David Young Miller ’69 was a “doer,” says his wife Marie Komarek Miller ’69

“When my mother first met David, she was sure he was going to be President of the United States.”

And he certainly came close. After graduating from Utica College with a degree in political science, Miller enrolled at Kent State University, where he earned a master’s in public administration. He went on to serve in local government in several towns in Maine before moving his young family to the Pittsburgh area, where Miller earned a doctoral degree in public policy research at the University of Pittsburgh.

He began his career in Pittsburgh as managing director of the Pennsylvania Economy League before serving as head of the city’s budget department in 1996.

In 1998, he left city government to teach full-time at University of Pittsburgh’s Graduate School of Public and International Affairs (GSPIA), where he remained until his retirement in September 2020. During his academic career, Miller authored two textbooks about regional governance, along with hundreds of articles and publications.

At GSPIA, Miller established the Center for Metropolitan Studies and served as co-director of the Center for Public Policy and Management in Skopje, North Macedonia. In 2009, he founded CONNECT, an intergovernmental co-op between the city of Pittsburgh and its 37 surrounding municipalities.

With all his professional accomplishments, Miller’s proudest role was that of doting father and grandfather, says Marie. Ever the “organizer,” Miller was known to arrange elaborate puppet shows, zoo trips, and beach vacations for his three children and seven grandchildren. On Christmas Eve 2019, Miller surprised and delighted the family by setting up a special visit from Santa, Mrs. Claus, and Rudolph.

Miller passed away Nov. 17, 2020 after a long battle with cancer. Postponed due to COVID-19, a celebration of life for the late professor and dean was held at the University of Pittsburgh on Sept. 1, 2021, at which dozens of speakers—including Pittsburgh Mayor Bill Peduto—shared memories of their colleague, mentor, and friend.

Said his colleague and CONNECT Executive Director Lydia Morin: “I don't think we know how much yet this region that he loved so dearly is going to miss his great mind and heart,” she said. “His legacy is only just beginning to reveal its impact.”