Making Her Mark in the Research Universe 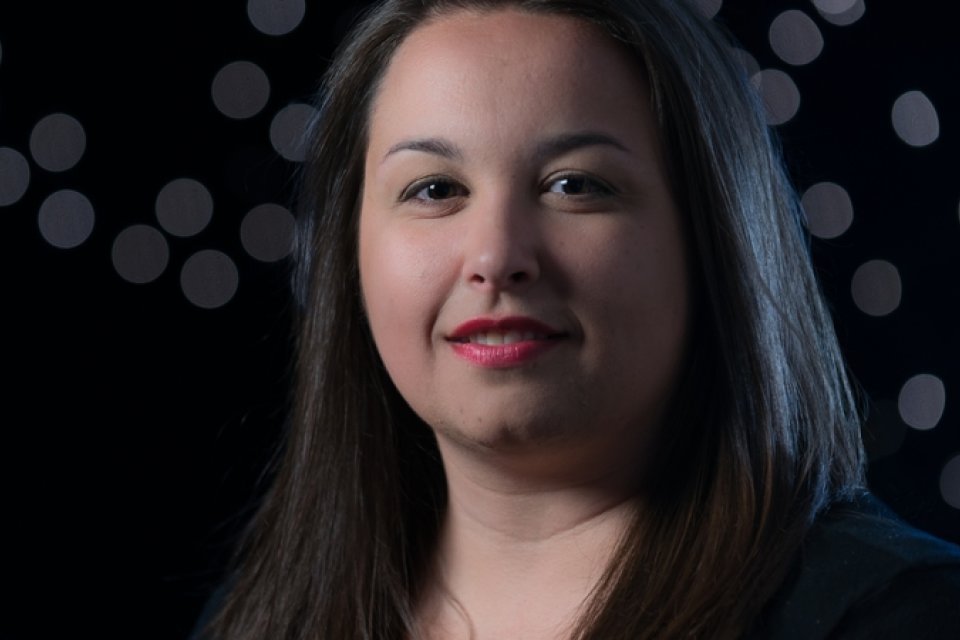 Exploring the "big questions" beyond our planet--and our solar system.

And for a physics student who’s always been “obsessed with space,” those big questions go beyond planet Earth—and even beyond our solar system.

Vanderhoof  has spent most of her Utica career studying galaxy formation. With help from Professor Joseph Ribaudo, Vanderhoof delved into the world of spectroscopy (the study of how light is dispersed), examining the composition of gases around galaxies to determine how galaxies evolve and grow. She presented her work at several national events, including the University Physics Competition and the American Astronomical Society Conference in Florida.

“On a daily basis, I work with data from the Hubble telescope,” she says. “I never thought I’d be able to say that.”

Vanderhoof’s research journey began when, as a sophomore, she talked with Professor Ribaudo about her graduate school aspirations. Her goal was to earn a Ph.D. in astrophysics.

Ribaudo immediately encouraged her to get involved with research.

I wanted Brittany to have a research project under her belt when she applied to grad school,” he says. “It shows that a student has the ability and dedication to do graduate-level work.”

At the time, Ribaudo was working on research with colleagues from the University of Notre Dame on a topic that aligned well with Vanderhoof’s research interests: examining galaxy formations through gas clouds in space. Ribaudo invited her to join them.

Vanderhoof jumped on board, and was soon analyzing data from some of the world’s most advanced instruments. Using Utica’s labs and computer programs designed for spectroscopy, Vanderhoof began working with Ribaudo to gather and analyze information about light patterns, absorption, and wavelengths from three different galaxy environments.

“It’s complicated to explain,” she says, with a laugh. “But it amounts to me sitting at the computer for hours on end.”

The hard work paid off, says Ribaudo. “Brittany’s research determined that the atmospheres are dynamic— there’s material with origins within the galaxy, from outside, and material that’s a mix of the two.” He says. “To understand that allows us to make some educated assumptions about where that gas came from, and what might happen next.”

Vanderhoof’s work also paid off in the form of an acceptance to the Rochester Institute of Technology’s doctoral astrophysics program.  She graduated from Utica in May 2016 and began classes at RIT that fall.

Ribaudo and Vanderhoof are in still in contact; they’re collaborating on a paper with two scientists from Notre Dame, detailing their findings, which they hope to submit to astrophysics journals in October.

For Vanderhoof, the accomplishments still feel “a little surreal” she says.

“I came to Utica with the goal of being part of some research project, maybe getting my name on a paper with five other students, but to work so closely with Professor Ribaudo and with data from Hubble?” she says, smiling. “It’s amazing. It’s a big deal.”