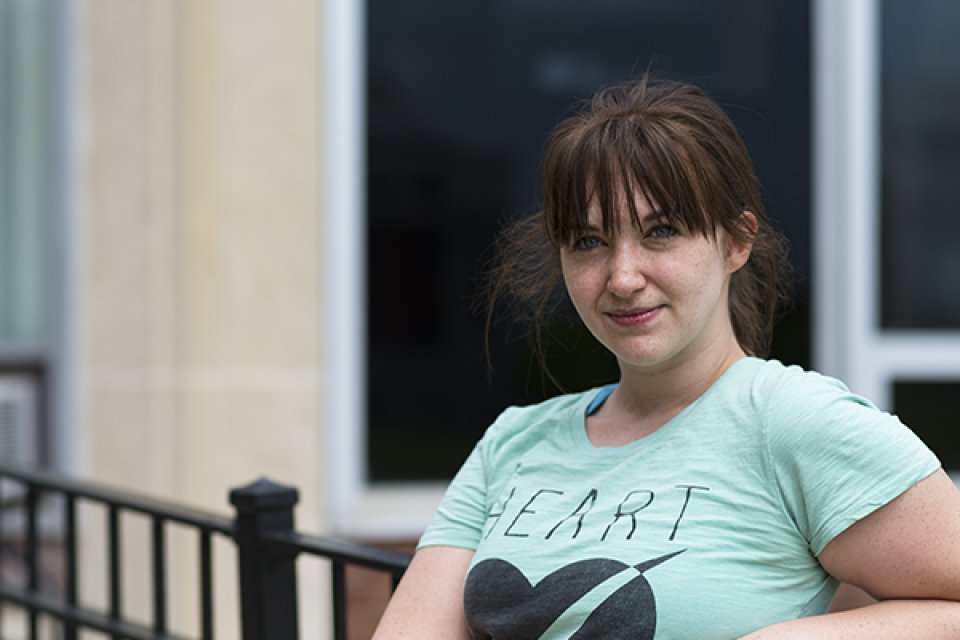 In her own words, UC alum Shauna Dieffenbach '13 discusses her experiences at Utica College studying Spanish and History and how pleasantly surprised she was at the affordability of a UC education.

I had my heart set on going to Utica College, but my parents thought we couldn't afford a private school. After Utica awarded me a scholarship, we made all the calculations and were pleasantly surprised to see that it cost about the same as a larger public university.

I was a foreign languages major and a history minor. It was really challenging because we had to take so many culture and language classes. And my senior thesis had to be a 19-page paper, and the language I chose to write it in was Spanish. My topic was bullfighting in contemporary Spain. It gave me leeway where I could take so many culture classes and I could study abroad, which I did. I went to Madrid to do research. I met so many people. I have Spanish friends now, and we Skype every week, and we just catch up. I want to go back. I would live in Spain because I just love it.

I discovered here that I’m a born leader. I helped to re-establish Circle K my freshman year and then it got officially put as an international chapter last year. I’m not afraid now to stand up for what’s right. I used to be very, very quiet in high school. I would live in theatre and lacrosse, and that was it. I’m very active, and I just never realized how involved I am until I was applying for graduate school and the stuff I was involved with on campus was like a page and a half long. I’ve done Leadership Weekend at UC, which was really, really fun. I did tours and telecounseling for Admissions. That was my chance to show new students why I love this school.

I’m pretty sure if I had gone to another school I wouldn’t have been heard and I wouldn’t be as driven to go out and do the things I did here. This school always pushed me to keep going. Your professors support you.