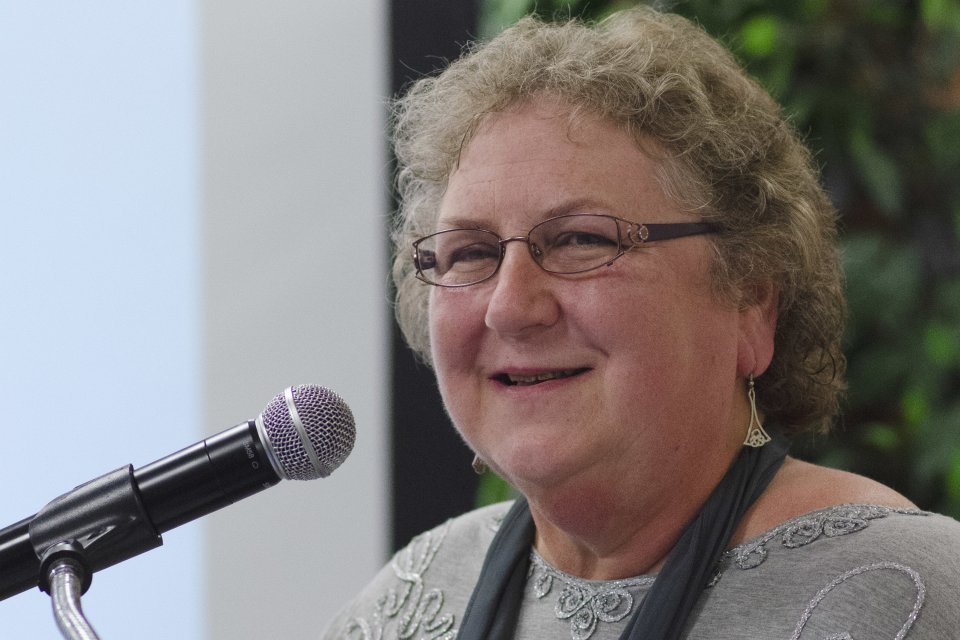 As a journalism student at UC, Kim Landon ’75 had an exciting opportunity: She had been asked to serve as editor of the yearbook.

It was an offer Landon was prepared to decline.

“My family was going through a difficult financial time, and I knew I’d probably have to get a job off-campus in order to pay tuition and stay at UC,” she recalls. Making time for a position with the yearbook, it seemed, wasn’t in the cards—until then-Director of Student Activities Dick Frank heard about her situation.

“He just looked at me, smiled, and said, ‘let me get back to you on that,’” says Landon. In his way, Frank was assuring Landon that he’d figure out how to help her bridge the financial gap.

And he did. Through funds made available by donors to the College, Landon received a scholarship that allowed her to both join the yearbook staff and stay focused on earning her degree without working off-campus.

“It makes me emotional remembering it,” says a tearful Landon. “That one gesture and the support of those funds have made all the difference.”

After graduating from UC in 1975, Landon went on to join the public relations faculty, thanks, once again, to a meaningful gesture.

“Ray Simon hired me and gave me a chance when I had no business teaching journalism,” she says. And through Simon’s mentorship, Landon soon became one of the department’s—and the College’s—most beloved professors. (In fact, on UC’s first Superhero Day in April 2019, Landon, now a Professor Emerita, was far and away the most-cited inspiring “superhero” by UC alumni.)

So today, with her participation in planned giving, Landon hopes her financial support will go just as far in impacting a UC student’s future.