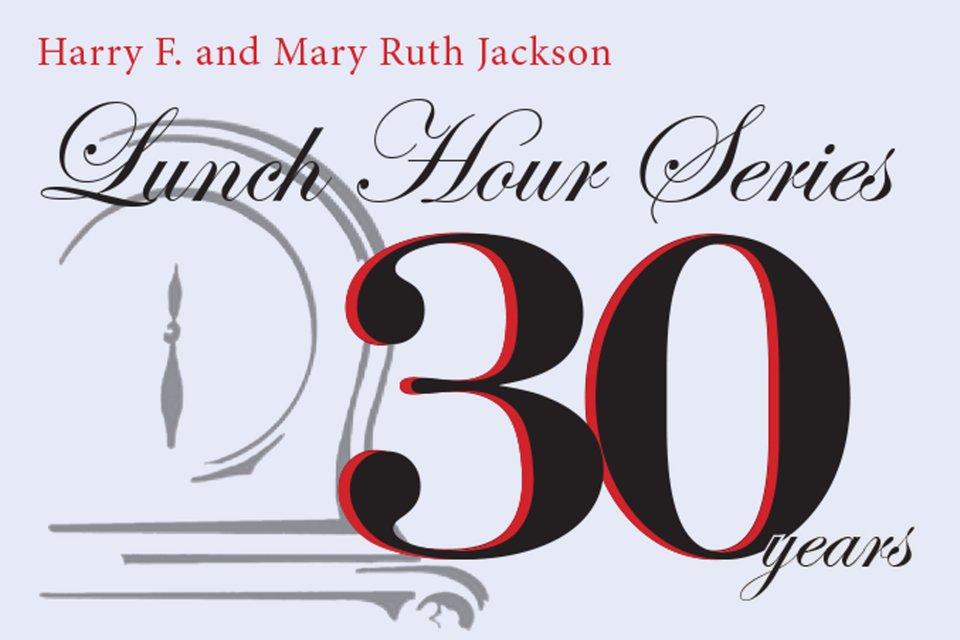 In the middle of the day, in the heart of the week, and at the epicenter of campus, UC students, faculty, and staff, as well as friends and neighbors from the wider community, have been gathering for the past 30 years to enjoy musical and literary offerings.

The Professor Harry F. and Mary Ruth Jackson Lunch Hour Series, one of UC's longest continuously running programs, has been entertaining arts lovers since 1979, giving needed respite from the workaday world and contemplative reflection for the busy minds of the campus.

In 1979, Jim Caron, professor emeritus of philosophy, came up with the idea to hold the weekly series to highlight the talents of local musicians and intellectuals. Started with a bare-bones budget, it flourished through the dedication of UC faculty and staff, and now stands as an emblem of UC's cultural and intellectual vibrancy.

Dave Moore, professor of biology and current director of the series, remembers when the series was first conceived. "Jim Caron had done something similar at the University of Toronto, and thought it could work here," he says. "There were plenty of cultural and artistic things going on at the time on campus, but most of these events were in the evening. There was a need for art to be part of the day-to-day rhythms of the campus."

Caron, along with Dick Frank, Kay Hobaica, Dian Matza, Linda Martin, Jerry Cartwright, and Lou Angelini went about the tasks involved in founding and funding the series. Matza, professor English, remembers the hunt for both local talent and funding sources to get it up and running. "Jim [Caron] convinced Lou Angelini and me to 'scour the neighborhood' for high quality local talent we knew was here," she says.

Since its inception, the series has endeavored to bring a wide range of genres of music and the arts. The 2009-2010 season will offer its usual eclectic mix of performances and literary readings with the enthusiastic support of its faculty curators and supporters. While many guests come from near and far, some performers and authors are UC's own. Moore is an accomplished baritone, and has performed on many occasions. Larry Aaronson, professor of biology, has performed with his viol. Clarinetist Heather Johnsen, wife of Professor John Johnsen, performed during the inaugural season and continues to performer each year as part of the Lavender Trio.

The Jackson Lunch Hour Series has been a midweek staple for the community for 30 years, infusing music and the arts into campus life. With a multiplicity of academic and artistic endeavors emanating from every corner of the campus, it has served as a focal point from which to appreciate and admire the arts.