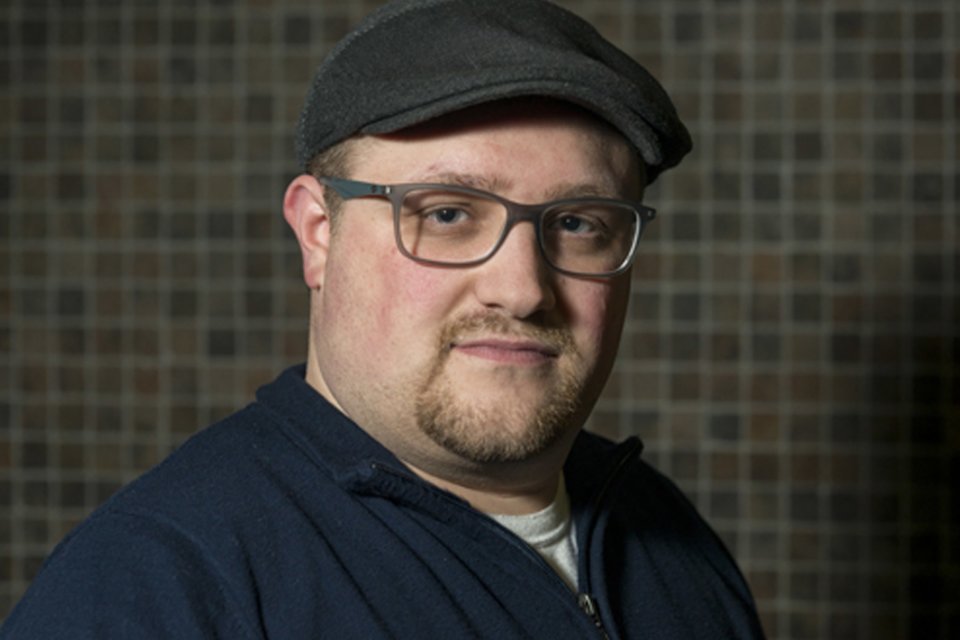 During his senior year at UC, Scott Britton '07 visited the FX Matt Brewery in Utica as part of a biology department trip. During the tour, Britton met the brewery’s microbiologist.

“I made the joke, ‘how does somebody get a job like this?’ Combining beer and science seemed like the dream job.”

After Britton graduated with a degree in biology and chemistry, he began shadowing biology professor Larry Aaronson. One summer afternoon, Aaronson heard that Ommegang, then just a locally known microbrewery in nearby Cooperstown, was looking for a lab assistant. “They wanted someone with a biochemistry background to set up a lab to help them expand production,” Britton recalls. “Professor Aaronson and I beefed up my resume, and I went for it.”

Less than a decade later, Britton ’07 is living the dream as Research and Development Scientist at Duvel Moortgat Brewery in Breendonk, Belgium. He's also been elected President of the American Society of Brewing Chemists, the premier organization worldwide fro scientists and industry practitioners within brewing and other closely affiliated industries.

He began his beer career at Ommegang in Cooperstown, New York, where he was hired as quality control manager in 2007 and quickly moved up the ranks. “They gave me a lot of control, which I didn’t expect as recent college grad,” he says. Buying microscopes, glassware, chemicals and developing processes to test various aspects of beer quality were all part of Britton’s first months on the job. Though he was “slightly intimidated at first,” Britton found himself relying on his UC professors for advice and learning from his colleagues in the industry. “The beer community is extremely inviting,” he says. “People at other breweries are willing to share advice and help you learn. It’s a nice environment.”

In 2015, presented with the opportunity to transfer to the brewery’s global headquarters in Belgium, a much larger operation than the Cooperstown location where Britton had been working.

Britton jumped at the chance.

“I knew it would be a huge transition,” he says, “but if you want to hone your skills, you have to step out of your comfort zone.” He made the move in November 2015 and is still adjusting to the country’s unexpected quirks— like the absence of 24-hour convenience stores. “The whole idea of stores being open 24/7 is very American,” he says, with a laugh. “I didn’t realize that until I moved here.”

Though his work is more complex than drinking beer all day, taste-testing is a huge part of Britton’s job.

During daily “degustations” (a fancy word for tastings), “I smell the beer and take small sips to analyze the different components,” he says. Britton is checking for aging markers that impact flavor and aroma, and assessing the beer’s balance—how the bitter hops counteract the sweetness of the malt. An unbalanced beer, he says, is one that’s overpowered by either flavor. “I tend to like malt-forward beers, so my critique is usually ‘tone down the bitterness,’” he says.

And according to Britton, when beer is part of a day’s work, it’s no longer his preferred way to unwind. “I obviously love beer,” he says. “But after being around it all day, the last thing you want to do on a Friday night is go out for a pint.”

Where he does go, though, is wherever duty calls. "On occasion, I do need to drive directly to the closest airport, catch a plane, and fly to a distant location in order to resolve a 'beer crisis' or troubleshoot. I'm like MacGyver. However, I use my problem-solving skills and science to save beer instead of lives."

At UC, Britton “was never a fan” of classes like statistics and research methods, he says. “I’d think ‘how will I ever apply this?’” But he’s got a new perspective since entering the beer industry. “Those classes taught me critical thinking and how to solve problems,” he says. “They’re the skills that have gotten me where I am today.”

He's also now sharing his experience and wisdom with a new crop of scientists, serving as an adjunct faculty member within the Biology Department at Utica College.

"The Utica College faculty played an essential role in getting me to where I am today," he says. "In particular, my research experience as a student within the laboratory of Dr. Lawrence Aaronson certainly ignited my passion to further pursue a career in research. The opportunity to experience research early-on is indispensable. It certainly provided me with an advantage when I decided to continue my education and enter the job market."