Honoring Our Veterans Since 1946 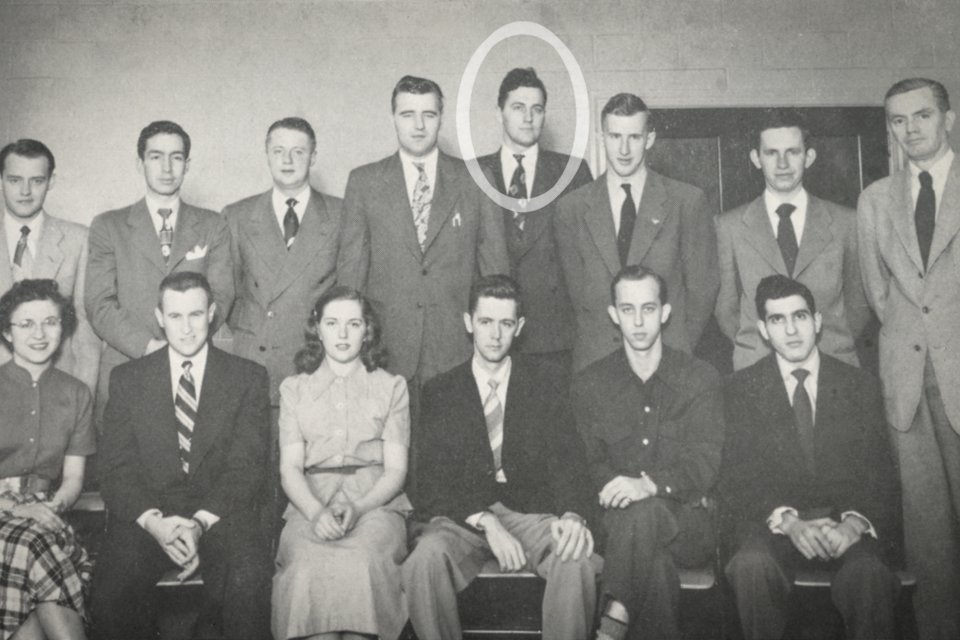 "I don’t think today’s students realize what an amazing undertaking that was—or that it succeeded beyond anyone’s wildest imagination.”

Utica College was founded 75 years ago to serve veterans returning from World War II. George Barlow '50 was one of those vets.

It was the summer of 1946, and George Barlow had just returned home to central New York after serving overseas where, as a medical technician, he helped conduct atomic bomb tests at Bikini Atoll in the Marshall Islands. Eager to start his education, Barlow sent out applications to a handful of area colleges and universities—and all were met with the same short letter of rejection.

"Sorry, we're full," he remembers reading again and again. The influx of returning veterans and the introduction of the G.I. Bill had overwhelmed many institutions.

But a small item in the local newspaper changed the course of Barlow’s life. In a clipping sent by his mother, Barlow learned about a new college in nearby Utica. It was to be a branch campus of Syracuse University and was now accepting new students.

"My mother knew this was something 'her George' would be interested in!" Barlow recalls, laughing.

Just over 75 years ago today, Barlow enrolled at Utica College of Syracuse University, prepared to study biology and chemistry. In makeshift classrooms arranged in Plymouth Congregational Church’s basement, with young science professors like Dr. John Keller and Dr. J. Kenneth Donahue(who went on to become the College’s fourth president), Barlow found his footing—and a passion for the field of physiology.

His UC education led him to Princeton University's Ph.D. program in biology, and later, a long and rewarding career as a biology and physiology professor at Heidelberg College in Ohio.

Retired since 1987, Dr. Barlow credits Utica College for giving returning vets like him “a chance to get an education when others wouldn’t,” he says now.

“My career path started in a school that was created to meet an enormous national need and serve veterans. I don’t think today’s students realize what an amazing undertaking that was—or that it succeeded beyond anyone’s wildest imagination.”