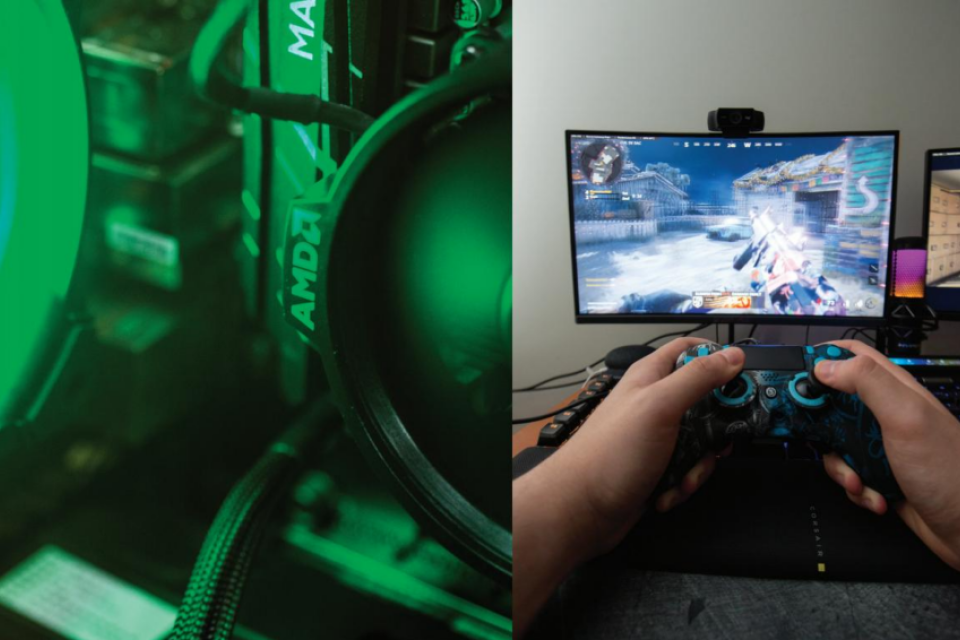 A transfer student and an Army veteran, Sportello ’23 jumped headfirst into the Utica College’s Esports Club when he arrived at UC in Fall 2021. As a lifelong gamer, Sportello found video games to be especially therapeutic after sustaining a spinal cord injury during training with the 42nd MP BDE in Fort Lewis, Washington in 2016. His game of choice: Counter-Strike: Global Offensive (CS: GO), a first-person shooter game set in a warzone.

“I saw something about the Esports Club online, contacted some members, and immediately got involved,” Sportello says.

With around 50 members at the time, UC’s Esports Club was, and remains, one of the most popular student organizations on campus. Established in 2019 as an offshoot of UC's Cybersecurity Club, the Esports Club experienced a surge in membership at the start of the pandemic in 2020, when students stuck at home discovered, or rediscovered, a love for video games and wanted an outlet to compete. A high-school varsity wrestling coach and wrestler himself, Sportello found the same opportunities for teamwork, strategy, critical thinking, and leadership in the Esports Club as he had with traditional athletics. Within weeks of joining, Sportello became the Club’s CS: GO team captain.

As his involvement grew, Sportello talked with fellow members about how to take the Club to the next level—and shared how his own experience had provided a valuable blueprint. During his time on the west coast, Sportello watched a good friend help to establish the massively popular esports program at the University of California Irvine, which, in 2015, became the first public university to create an official esports program and is regarded as one of the best and most comprehensive in the world.

In a September 2021 meeting with Director of Athletics Dave Fontaine and then-Dean of Students Scott Nonemaker, Sportello—along with Ryan Becker '21, Jared Best '22, Michael Hughes '22, Brandon Kowalski '22, and Hayden Lohmann '24—made his case: supporting the Esports Club will make Utica College more attractive to prospective students. An investment in the Club would not only increase enrollment, but allow countless students to get involved in athletics who otherwise wouldn’t have the opportunity to compete at the collegiate level.

“I tried to focus my pitch on the potential return on investment for Utica College,” says Sportello. “I told them about similar programs at other schools and framed it as an opportunity.”

Fontaine and Nonemaker were impressed. At their urging, Sportello and other Club members shared the proposal with the College's leadership team, including Jeffery Gates, UC’s Senior Vice President for Student Life and Enrollment Management, who was similarly excited—and ready to take the next step.

From there, things moved fast.

On Jan. 19, 2022, President Laura Casamento announced that Utica College’s Esports was the newest member of East Coast Conference (ECC) Esports, giving UC’s gamers the opportunity to compete against ECC's 13 member schools and represent the College on a national stage. 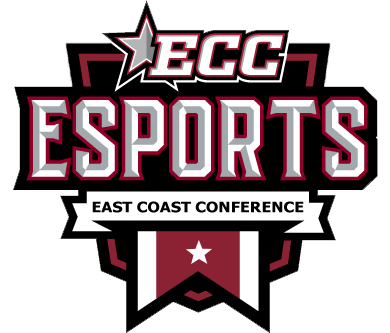 It’s a far cry from the group’s current, disjointed setup, comprised of several dorm rooms and off-campus apartments, but no single, physical space where the group can gather, train, and compete.

For members like Jared Best, the Club’s webmaster and one of its founders, the recent developments can be summed up in one word: “Disbelief,” he says.

“We’ve been working to grow the program since the beginning, but it’s hard to believe how far we’ve come in such a short time.”

The space and equipment in the Carbone Auditorium is especially meaningful, says Best, as it will allow more members to join the club and compete regardless of financial resources.

“Gaming is not a cheap hobby,” he explains. “An Xbox or Playstation does not have the hardware to support the level of gaming we’re doing, and while some members can afford advanced gaming PCs, for others it prevents them from getting involved.”

The Carbone arena will give all members access to high-tech gaming systems and allows the entire team to play simultaneously, which, according to Best, will be a “huge boost to team morale.”

“Because of the pandemic and some equipment issues members deal with, we’ve never been able to play together as a team in the same physical space before,” he says. “Being able to high-five your teammate in person will definitely solidify that team aspect, the same way it does in traditional sports.”

“Being able to high-five your teammate in person will definitely solidify that team aspect, the same way it does in traditional sports.”

From an enrollment perspective, Jeffery Gates is confident that UC’s investment in esports will help the College stand out among its peers, and credits the Club's members for bringing the idea to administrators.

“Members of the Esports Club took the initiative and helped us understand the benefits of adding this fast-growing sport to our institution,” says Gates. “It’s an inclusive sport that will attract a new generation of students to UC and bolster our recruitment and retention efforts.”

Adds Gates, “Dan Sportello and the entire Esports Club should be very proud of their contributions to this exciting project, which will impact UC for generations to come.”

But according to Sportello, the Club’s rapid rise just confirms what he's believed all along.

“Esports are the future,” he says. “I’m just so grateful that Utica College recognized that when they did. It’s super exciting.”