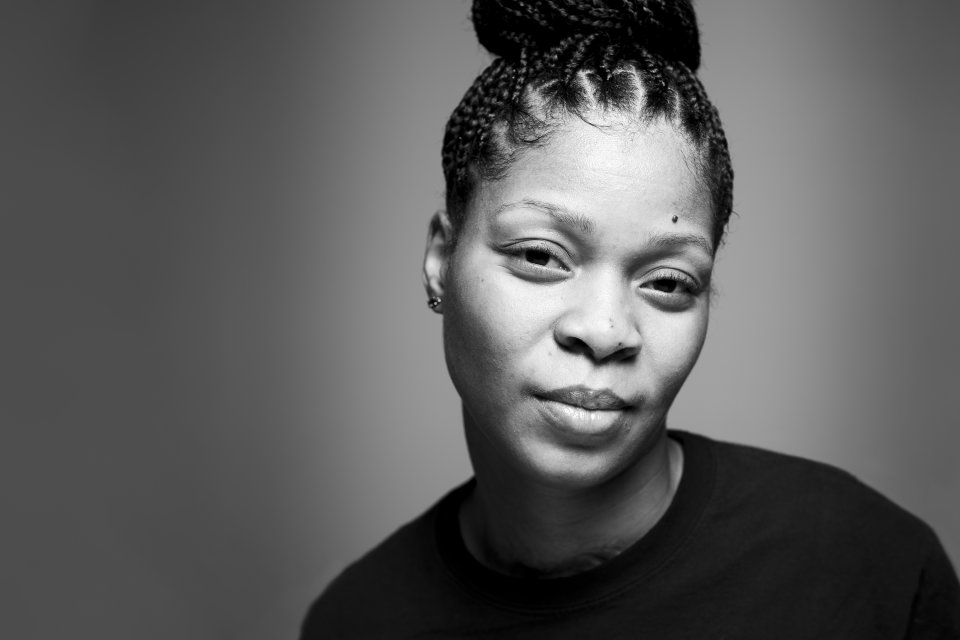 When a brutal sexual assault upended her life, Kimberly Morton ’22 began a complex legal battle to keep violent sex offenders behind bars—and repair the justice system that failed her.

Kimberly Morton is the first to admit: The massive whiteboard on her living room wall isn’t the most aesthetically pleasing apartment décor. Instead, it’s functional.

Covered in Morton’s scrawled cursive in black marker, the board outlines the sexual assault laws for all 50 U.S. states—and the various loopholes that allow perpetrators to serve just fractions of their sentences before release.

The state-to-state differences are astounding; from the various degrees of sex crimes, to the definition of rape itself. In the case of aggravated sexual assault, generally defined as a sexual assault with a deadly weapon or under other grievous circumstances, the minimum sentences range from just five years to life in prison.

In some states, with time off for good behavior, violent sexual offenders who comply with prison rules can shave years off their sentences and become eligible for early release. Proponents of these “good time credits” believe that incentivizing good behavior helps make prisons safer, more manageable, and less burdensome on taxpayers.

But for victims of violent sexual assault, who can spend entire lifetimes healing from the trauma of their attacks, the very existence of good time credit can feel inherently unfair.

And for Morton, a student in Utica College’s criminal justice program, it also feels personal.

After barely surviving a brutal sexual assault and attempted murder in 1998, Morton was devastated when her attacker served just 12 years behind bars. So began a complex crusade to close the loopholes that allow violent rapists to earn early release—and to share her story with other survivors, lawmakers, and eventually, the United States Senate.

“The justice system failed me,” she says. “I don’t want what happened to me to happen to anyone else.”

On the morning of November 19, 1998, Morton, then 20, was asleep in her apartment in South Memphis, Tennessee. She awoke to a knock on her window.

Outside she saw Carlos Turner, a man she’d known for years and thought of as a “big brother.” She let him in.

Turner, at 6-feet and 250 pounds, immediately grabbed Morton by the neck, raped her, stabbed her in the throat and torso, then poured bleach over her bleeding body as she clung to life.

When she was sure Turner had left her apartment, Morton dragged herself to a neighbor’s for help. She spent weeks in the ICU in excruciating pain, with chemical burns over 50 percent of her body and severe lacerations to her neck and abdomen.

Carlos Turner pleaded guilty to criminal attempted murder in the first degree and aggravated rape, crimes each worth 15 years individually. In accordance with Tennessee State law and because the crimes were committed on the same day, the charges ran concurrently. Turner was sentenced to 15 years.

In 2002, eager for a fresh start, Morton left Tennessee for New York—a state she’d only visited once, on spring break trip to New York City.  She found work as a nanny in Utica, enrolled at Herkimer County Community College, and graduated in 2009 with an associate’s degree in human services.

But in 2011, Morton would receive another shocking blow from back in Tennessee. After serving barely 12 years in state prison, Carlos Turner had been released.

“I had looked this man in the eye in court and told him I was going to put him away for good,” says Morton. “He knew right from wrong when he attacked me. So why does good behavior matter in prison?”

"He knew right from wrong when he attacked me. So why does good behavior matter in prison?"

The Greyhound bus ride from Utica to Memphis clocks in at around 27 hours, with stops in Newark, Baltimore, and Roanoke, Virginia.

It was 2012, and although her attacker was out of prison, Morton was determined to fight for other survivors and change the law that had made her feel “worthless” by granting her assailant early release.

She returned to Memphis frequently, by bus, to share her story with local media outlets in the hopes of catching lawmakers’ attention. When in Utica, she spent her evenings in the Oneida County Law Library, familiarizing herself with the legislative process and learning exactly how Turner’s early release came to be. She discovered that while Tennessee law required those convicted of aggravated rape to serve their entire sentences, a section of the penal code allowed convicts to receive sentence reduction credits of up to 15 percent. Closing that loophole, says Morton, became her sole focus.

Through her media blitz in Memphis and with help from a friend who worked for the local news, she connected with Tennessee State Representative Antonio Parkinson.

“He said he wanted to help me, but he couldn’t make any promises,” Morton remembers.

Still hopeful, Morton worked with Parkinson to write a bill eliminating the section of state penal code that granted early release to violent sexual offenders. With Parkinson as its sponsor, Kimberlee’s Law was submitted to the state legislature for approval (Morton, whose legal first name is Kimberly, preferred the alternate spelling for the legislation).

On May 29, 2012, in a ceremony on the lawn of the State Capitol in Nashville, Governor Bill Haslam signed Kimberlee’s Law into Tennessee state law.

“Kimberly Morton was victimized twice. Once by her assailant and once by our state laws that put such violent offenders back into society after only serving parts of their sentences,” Parkinson told the crowd. “For those that are brazen enough and callous enough to violently assault any of our citizens, we want them to understand they won’t see the light of day until all of their sentence is paid out.”

The celebration on the lawn that day could have felt like a cathartic exhale after so much pain—the final page of a harrowing and protracted story.

But for Kimberly Morton, the victory in Tennessee was just the beginning.

“One state is not enough,” she remembers thinking. “I want to go national.” 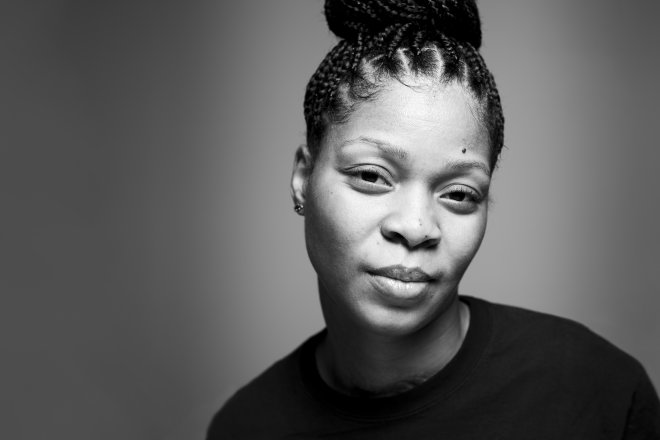 Utica College Assistant Professor of Criminal Justice Shanna Van Slyke has grown accustomed to meeting students who have had some interaction with the criminal justice system before enrolling at UC. Trips to family court as a child of divorced parents, a relative or friend who has served jail time; stories like these are common, she says, and are often the inspiration behind a student’s pursuit of a criminal justice career.

“They want to fix a broken system,” she says.

But Kimberly Morton’s story was different.

“I met Kimberly last spring in my criminal justice communications class,” she recalls. “I had assigned a topic proposal, and it wasn’t until I read her paper that I knew her background.”

In a word, Van Slyke was shocked.

“Kimberly is such a friendly, vibrant person,” she says. “I can’t imagine the horror she went through. I’m just amazed by her drive.”

It was late 2019, and still immersed in her research at the law library, Morton had decided to enroll at UC. It only made sense, she reasoned, to work toward a bachelor’s degree in criminal justice as she continued her fight to make Kimberlee’s Law go national.

"I can’t imagine the horror she went through. I’m just amazed by her drive.” —Professor Shanna Van Slyke

Through her coursework with Van Slyke, Morton shared her goal and the progress she’d made in Tennessee. Already so well versed in the legislative process, Morton had little to gain from introductory courses. Instead, Van Slyke proposed an independent study. With COVID-19 just emerging and Utica College transitioning to fully remote operations in March 2020, an independent study would allow Morton to continue the work she’d been doing on her own, this time for course credit.

“Kimberly’s work has the potential to impact so many people. Our criminal justice system only works if we, as a society, perceive it to be fair and legitimate,” says Van Slyke. “When sentences don’t seem to be influenced by the severity of the harm done, it devalues the victim, who can feel like their trauma doesn’t matter, and it undermines the legitimacy of the entire system.”

“The concept of time off for good behavior isn’t bad in itself,” Van Slyke continues, “but Kimberly’s goal is to encourage lawmakers to rethink who is eligible, and find a different way to deal with logistics of prison management and correctional costs—one that doesn’t strip away that balance between harm done and punishment served.”

More than providing a flexible path to a degree, Van Slyke became another powerful champion in Morton’s corner.

“Kimberly’s road has not been quick or easy, but she’s sticking with it because she knows it’s the right thing to do,” she says. “And I believe in her.”

For someone so resolute and driven, it’s surprising that Kimberly Morton can’t seem to settle on a career.

She says law school is an option, and she could see herself as a lawyer or a judge. But as a victims’ advocate, she says, she could use her personal experience and her voice to support survivors. On the other hand, she loves to write. After hearing people quip “You should write a book!” so often after learning her story, she penned her autobiography over the course of seven years.

“I see Kimberly with her hands in everything,” says Shanna Van Slyke. “Law school would be a beautiful fit. As a teacher, she would be remarkable. She loves to communicate, and she’s pleasure to talk to and be around. Her story has already touched so many people.”

And it’s true: Morton says she regularly receives messages from people who have read her story online and contact her via social media; fellow survivors who draw strength from her resiliency, and even those who have directly benefited from her eponymous law in Tennessee. They thank her, and go on to share the emotional details of their own assaults.

Do messages like these, in all their come-full-circle glory, play a part in helping Morton heal?

“No,” she says, barely pausing to consider the question. “I had already healed when I started this fight. Otherwise I couldn’t have done it.”

Then, as if stating the obvious, Morton reiterates: “I didn’t stay a victim for long.”