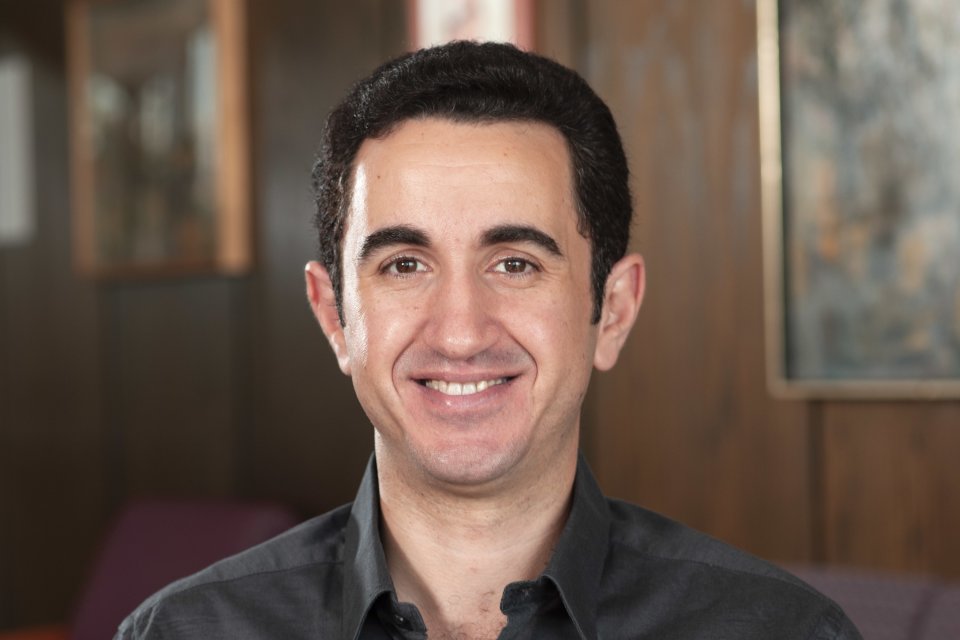 “Perhaps these specific breathing devices can be used during rehabilitation and post-recovery from COVID in order to regain normal lung functions.”

A new research study underway by Utica College professors in conjunction with some Utica College athletic teams could make a big difference in the way exercise programs are used to reduce fatigue and improve performance, and could possibly impact the way certain devices are used to help COVID patients maintain better oxygen levels.

According to Professor Elmarakby, there are two different and new devices on the market currently being used by healthy people and athletes to decrease their fatigue level and to increase their aerobic capacity and exercise performance. These two devices are:

Despite those claims, Professor Elmarakby says controversy exists in the literature regarding whether respiratory muscle training actually improves exercise capacity and performance. The conflicting findings are due to variations in the type of training applied to the respiratory muscles, the intensity, the duration, and the frequency of training and the target population.

Professor Elmarakby's expertise lies within cardiopulmonary physical therapy, previously publishing an article that proved that using a respiratory muscle training device such as Powerbreathe, before and after coronary artery bypass graft was important to improve lung functions, diaphragmatic strength and arterial oxygen levels, to reduce post-operative complications such as pneumonia and to reduce one’s hospital stay.  Elmarakby’s next step was to test his theory with athletes. The primary author and researcher of this current study, the research topic was an ideal fit, as it not only highlighted Professor Elmarakby's area of expertise but also allowed for an opportunity to collaborate with his colleague, Professor Siniscarco in Health Sciences.

Professor Siniscarco, an Occupational Therapist, has experience treating those with chronic obstructive pulmonary disease (COPD); and also serves as the faculty mentor for the Women’s Lacrosse team at Utica College. She felt that both the Men and Women’s Lacrosse teams would be an ideal fit for the study.

“It proved to be true as the Utica College lacrosse athletes that volunteered to serve in the study, nineteen athletes in total, were professional, diligent and excited to be part of this ground breaking research project,” she explains. “Without our lacrosse athletes, this research project would not have been a reality. Special thanks to Professor Ahmed Radwan, Dean of Health Professions and Education, who performed the statistical analysis; Professor Michelle Nunno-Evans, Assistant Professor of Physical Therapy and Professor Brittany Simpson, Assistant Professor of Physical Therapy who both assisted with data collection; Coach Kristen St. Hilaire, Women’s Lacrosse Coach, Coach Mike Parnell, Men’s Lacrosse Coach, and Nathaniel Fredsell, Strength and Conditioning Coach, for their support; Students Jared Smaldon and Hali Vandermeulen for their assistance with student recruitment.”

“During exercise training, respiratory muscle fatigue or diaphragmatic ischemia is thought to cause an ailment called exercise-related transient abdominal pain (ETAP), commonly referred to as ‘stitch, side stitch or stomach cramp’,” Professor Elmarakby explains. “This ailment is well known in many sporting activities. It is especially prevalent in activities that involve repetitive torso movement with the torso in an extended position, such as running, and it is associated with a reduction in maximal exercise performance.  It is claimed that the respiratory muscle training may reduce that ailment and increase maximum oxygen consumption with a subsequent increase in exercise performance.”

So far the effectiveness of these specific devices in improving aerobic capacity hasn’t been widely peer reviewed, but Professors Elmarakby and Siniscarco hope their research will add to the body of knowledge in regards to whether respiratory muscle trainers should be added to exercise programs for healthy people and athletes in an effort to reduce fatigue and improve their overall performance.

With COVID-19 causing severe lung damage and fluid accumulation inside the air sacs, blood oxygen levels become reduced. Professor Elmarakby says that in order to improve oxygen levels, the inflammation must be treated to reduce fluid retention and the patient has to have a strong diaphragm in order to move more air into their lungs.

“Based on the effect of these breathing devices on the diaphragm, we assume that they can be used to improve the diaphragmatic  strength and endurance prophylactically in order to help the patient maintain optimal Oxygen levels,” Professor Siniscaro says. “Perhaps these specific breathing devices can be used during rehabilitation and post-recovery from COVID in order to regain normal lung functions.”

Though further research is needed in order to prove this hypothesis, Professor Elmarakby notes that the Powerbreathe device is also being used in Europe and the Middle East in order to improve the lung functions in patients with chronic lung diseases such as pneumonia, asthma, chronic bronchitis, and cystic fibrosis.

The intent of Professors Elmarakby and Siniscaro is to publish their research in a peer-reviewed publication.