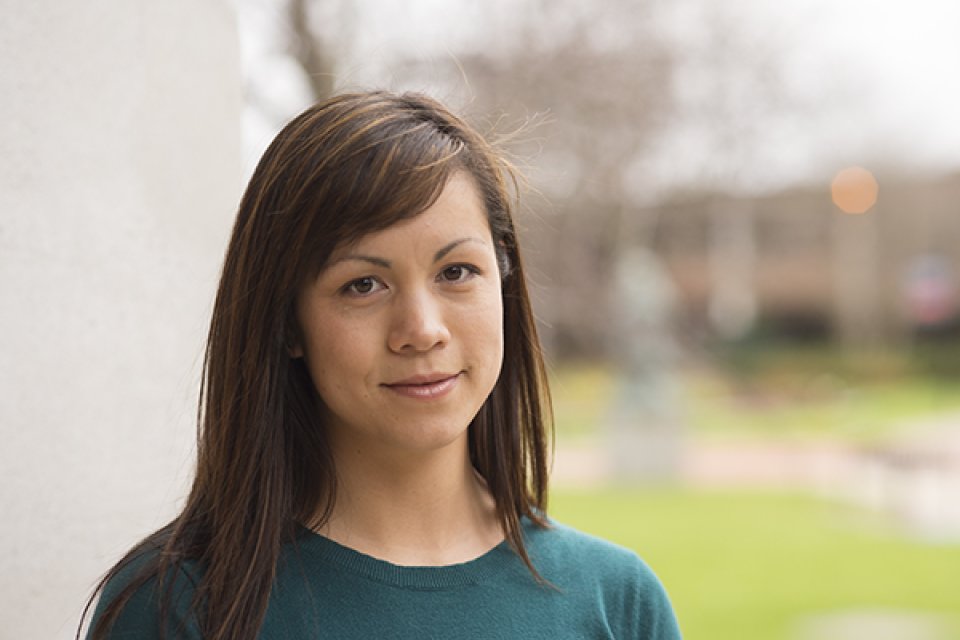 My experience here at Utica College was incredibly positive. I came from a larger university. That had its plusses as well as its drawbacks. Here at a smaller college, the plusses are really overwhelming. I got a chance to really get to know my professors as well as my peers, and it was fun. I got a chance to experience and do things that I probably wouldn’t have gotten to do at a larger institution.

Originally I’m from Southern California, and I kind of moved around a lot. I like to say that the formative years were spent in the Midwest. I graduated from high school in Missouri, and moved back out to California where I attempted to go to college. It really wasn’t for me – I needed a kick in the pants, so I signed up for the Air Force.

There I was an avionics technician on F-15 fighter jets, which was really really awesome. I learned a lot of discipline, and a lot about just sucking it up and going with it. So that was four years of my life right there. They were the toughest ones, but they were the best ones as well, because I learned a lot about myself. I think those skills I learned have been applied directly to my scholastic and academic endeavors and have helped me become successful.

I came to Utica College as a transfer student from Alaska, and as a veteran I was looking for a school that was going to be compatible with my GI bill, because that was a big thing. I wanted to be a high school English teacher, and I still would like to. The State of New York is a little finicky with its teacher certification requirements and I’m still looking into that. But I just had a wonderful time reading my way through this degree program. At my last school, there was a large concentration in linguistics, and I find that fascinating, maybe for the reason why I excelled at my job in the military with mechanics and electronics is that I like learning how things work, and with linguistics you figure out how the English language works. So it’s kind like the nuts and bolts mechanics of the English language, and I find that fascinating.

I would love to expand more on that. If I were to seek out a master’s or further, it would probably be in linguistics.

But the reading material was incredibly profound. Poetry – I never liked poetry before. I thought it was pretentious and awful and the only person who understood it was the writer. And that’s not the case. I just didn’t know how to read it. I had a couple of professors, Dr. Cruz and now Dr. Leising, who really introduced me to some wonderful poetry and I was just reading it wrong the entire time. I actually really enjoy it, and I credit them both for that.

I got to know some incredible professors. Dr. Jason Denman, Dr. Gary Leising, Professor Suzanne Richardson, Dr. James Scannell, all of them have been really wonderful. They were all very encouraging with my writing and my academic endeavors.