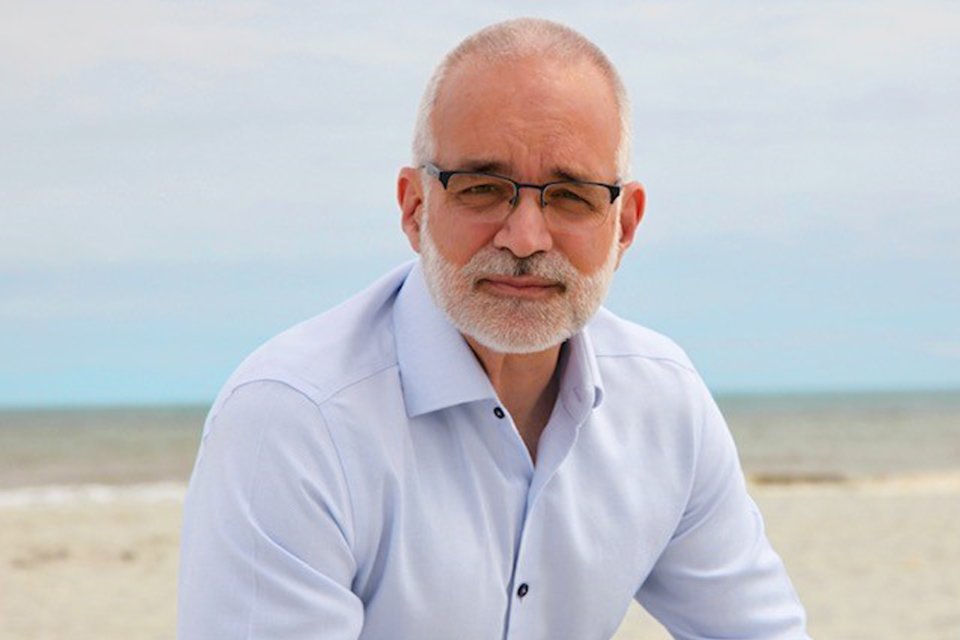 "...that all began with my training at UC and my real-world writing against the clock. Pounding out stories, on deadline, with producers and editors ripping at it makes you better, stronger and faster. I look back at my early writing and it simply isn’t as good as what I write now." 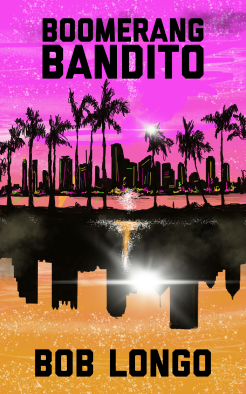 Bob Longo ’84 has spent decades in the communication business, most recently as vice president and general manager of Cox Media Group in Jacksonville, Florida. But this businessman is a creative at heart, he says, and he recently fulfilled a lifelong dream with the publication of his debut novel: the alliterative crime thriller Boomerang Bandito. We talked to Longo about how his years in the newsroom inspired his book and the valuable UC lessons that “formed his foundation.”

You're obviously a busy guy—why make time for novel-writing?

I love writing, pure and simple. I loved being able to witness an event – history really – as a reporter on radio and TV in my early career, and being the person who distilled that event and brought it to a wider audience. Now my daily writing consists of emails, memos, texts, social posts – all buttoned up, factual and seldom surprising. Writing fiction feeds my creative need and spirit, is fun and doesn’t feel like work at all! When I’m in that groove, I carve out time every day to make it happen, regardless of what else I have going on. I am fortunate my awesome wife Laurie Schmidt ’82 gives me the space I need to be creative!

Writing every day since college – stories, emails, memos, action plans, poems – and now this – novels – has just made me a better writer overall. But clearly, that all began with my training at UC and my real-world writing against the clock. Pounding out stories, on deadline, with producers and editors ripping at it makes you better, stronger and faster. I look back at my early writing and it simply isn’t as good as what I write now. My advice I would have for any young writer or reporter – or anyone who loves a thing so much they want to make it their life’s work is this: Stick with it. Don’t give up.

Your novel is essentially a crime story. What inspired the characters and the plot?

In my reporting days, I covered a lot of crime, court cases and touchy situations. I met and talked with a lot of what we would all agree, are unsavory, bad people.  The things they did seemed so otherworldly, yet, happened here in our world. I always knew I would write novels and wanted to create characters who were as vivid, colorful and compelling as some of the people I covered and met. Covering a RICO trial in Rochester, I found it amazing that while the federal prosecutors never spoke to reporters during the trial, the alleged mobsters always made time for us. They had big, outsized personalities and the stories about them were legendary, vivid and often shocking. Standing on those courthouse steps hearing them spin stories with big voices and grand gestures made an impression on me and those oversized personalities and the lives they mirrored stuck with me. I knew someday I would borrow from their real world personalities, and the “bad guys” in Boomerang Bandito have several personality traits I borrowed from those real life bad guys.

"I wanted to create characters who were as vivid, colorful and compelling as some of the people I covered and met."

What lessons from your journalism classes at UC have stuck with you?

The discipline of writing – the do’s and don’ts and the basic rules are all things I was exposed to first at UC and came to know as necessities. I had no clue whatsoever at an early age that every great story is rooted in structure and discipline and grammar. At 19, I thought you just winged it and took what was in your head and put it on paper and that gosh darn it, people would accept it as entertainment and me as an artist. Oh man, there is so much more. So, yeah, those basics – my foundation – was formed there.