The best at pests: Stephen Alcala '73 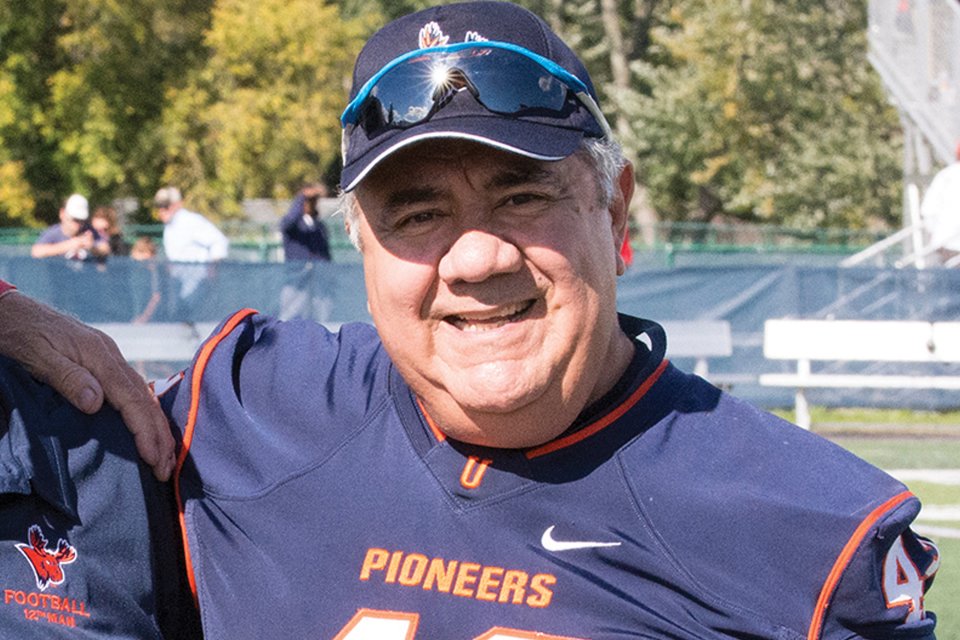 "When I got to Utica, I saw successful people who had good educations, nice homes, and cars—people who didn’t just talk about doing big things, they actually accomplished them."

In April 2019, Reader’s Digest served their readers with a definitive list of each state’s best bed bug exterminator. Perhaps a sign of a national bed bug epidemic, yes, but also a sign that Steve Alcala has really made it. Alcala founded Pronto Pest Management, named Michigan’s best bed bug pro, in 1982.

The small business, based in Oak Park, Michigan, has grown into a multi-million dollar company with 27 employees and several major contracts, removing pests for some of the country’s biggest corporations (who shall remain nameless—and bug-less, thanks to Alcala). Unlike many of his competitors, Alcala’s company uses specially trained K-9s (yes, dogs) that can sniff out critters better and faster than humans or machines.

But the real secret to Alcala’s success, he says, is building relationships, solving problems, and a hint of good old fashioned showmanship.

Any lessons learned at UC that apply to the world of pest management?

My time at UC opened my eyes to what success was and what it looked like. I grew up as an only child. We didn’t have a lot of money, and we moved around a lot. When I got to Utica, I saw successful people who had good educations, nice homes, and cars—people who didn’t just talk about doing big things, they actually accomplished them. It made an impact on me. I realized I wanted success, too.

You say you’re a bit of a showman on the job. How so?

Well, here’s one of my favorite stories. My crew and I had been working in an old government building in downtown Detroit. They had a rodent problem, and we’d been successful at eradicating most of the rats, but we just couldn’t get the dominant male, which is usually the biggest. Eventually one of my guys and I had him trapped in a bookshelf in an office. I whacked him with a club. I walked out of the office and a crowd of employees had gathered in the hallway. I held up the rat by the tail and they cheered. I was pretty proud of that one.

After nearly 40 years in the business, is there any type of pest that still makes your skin crawl?