"NBC has made women’s sports the centerpiece of its marquee sports property. The network's primetime Olympic broadcast is arguably the largest showcase for women’s sports in the United States.”

NBC’s primetime broadcast coverage of women’s sports during the 2022 Beijing Winter Olympic Games was historic, according to Paul J. MacArthur, professor of public relations and journalism at Utica University, and James R. Angelini, professor of communication at the University of Delaware. The two are authors of the book Olympic Television: Broadcasting the Biggest Show on Earth.

When mixed-sex events are excluded, women’s sports received 60.05% of the coverage compared to 39.95% for men’s sports.

NBC’s coverage of the Beijing Games marks the largest coverage gap favoring women on an American primetime Olympic broadcast, when mixed-sex sports are excluded, dating back to 1994 when the studies began. Prior to the Beijing Games, the widest margin in favor of women during primetime was located within NBC’s presentation of the recent Tokyo Summer Games, where women received 57.95% of NBC's primetime coverage compared to 42.05% for men, when mixed-sex sports are excluded.

“Women’s sports often do not receive substantial local, regional and national media coverage,” says MacArthur. “In direct contrast to this trend, NBC has made women’s sports the centerpiece of its marquee sports property. The network's primetime Olympic broadcast is arguably the largest showcase for women’s sports in the United States.”

Women have now received more coverage than men on NBC’s primetime broadcasts in five (London, Rio, PyeongChang, Tokyo, Beijing) of the past six Olympic Games. This trend may be driven by the success of American women in the Olympics. Women won a majority of Team USA’s 25 medals during the Beijing Games (13 women, 8 men, 4 mixed).

“The U.S. medal count seemingly played a role in the amount of coverage, with women earning 52% of Team USA's overall medals and women receiving nearly 50% of NBC's overall primetime coverage,” says Angelini. “Beyond the performance of Team USA, some of the most compelling performances and stories from women at these Games did not come from Team USA – from the spectacular performance of American-born Eileen Gu, who represented Team China while medaling in three freestyle skiing events, to the dramatic unfolding of the doping controversy involving Russian figure skater Kamila Valieva.”

Night by night breakouts for all 18 days of the Beijing Games are also posted throughout FiveRingTV.com.

MacArthur teaches a class at Utica University for those interested in Olympic television and its prominence. This worldwide phenomenon has effects that go beyond national boundaries and even the notion of sport. The class is tailored for those in the Sport Management and Sport Communication fields, and provides background on the sociological, business and television aspects of the Olympics. For more information on this or other interesting classes at Utica, visit https://www.utica.edu/academics/programs/communication-and-media.

Olympic Television: Broadcasting the Biggest Show on Earth contains a detailed 20-year examination of how male and female athletes have been covered within primetime Olympic broadcasts. The book also has analyses of how race/ethnicity and nationality impact Olympic coverage, interviews with NBC personnel about the content and production of Olympic broadcasts, and an overview of Olympic television history. Published by Routledge, it is available in hardcover, paperback and ebook formats at Amazon.com, the Routledge website, and other outlets.

Method: The percentage of primetime devoted to men’s, women’s and mixed-sex sports was calculated by a single researcher, utilizing a stopwatch and DVR or DVD time codes, measuring (to the millisecond) the total amount of time devoted to each event. Any time spent at the actual athletic site, on a profile about an athlete, promos about a specific athlete or sport, and host commentary about a specific sport or athlete was recorded. Split screens combining commercials and live coverage are included in the calculation, but commercial breaks are not included. The NBC broadcast network East Coast feed was used for this calculation. Olympic coverage on cable networks and live streaming was not included. Network overruns beyond 11:00pm up to the break for local news are included within this calculation. 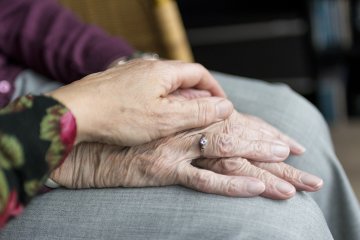 11/21/2022
Medical aid in dying has become a prominent issue throughout the country in recent years. Christopher Riddle, professor of philosophy 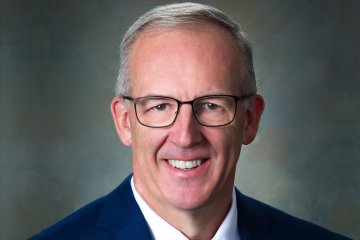 10/10/2022
Greg Sankey, widely recognized as one of the most influential leaders in sports, will address the graduating Class of 2023 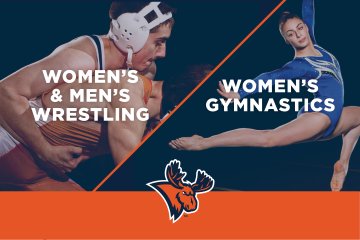 09/22/2022
Utica University President Dr. Laura Casamento and Director of Athletics Dave Fontaine announced this morning that the university will add
All News