Luke Perry, professor of government and politics and director of Utica College’s Center for Public Affairs and Election Research, recently published his book, Donald Trump and the 2018 Midterm Battle for Central New York, as the first in the Palgrave Studies in U.S. Elections series.

The book provides extensive analysis of the 2018 midterm campaign, one of the most significant in recent years, as Democrats won control of the U.S. House of Representatives during an extraordinarily controversial presidency. It also provides a look at candidates for upcoming elections, grassroots organizations and local party dynamics. It blends electoral data and political science with research on-the-ground reporting from local journalists. The book is available as both a hardcover and an e-book.

This pivot series, established in collaboration with the UC’s Center of Public Affairs and Election Research, brings together cutting-edge work in U.S. politics focused on trends and issues surrounding local, state, and federal elections. Books in this series may cover but are not limited to topics such as voting behavior, campaign management, policy considerations, electoral social movements, and analysis of significant races. While welcoming all projects on U.S. elections within and across all three levels of government, this series proceeds from the truism that all politics is fundamentally local. The series is especially interested in research on state and local elections such as mayoral races, gubernatorial races and congressional elections, with particular focus on how state/local electoral trends influence national electoral politics, and vice versa.

The second book in the series, The Politics of Spectacle and Emotion in the 2016 Presidential Campaign, was recently released. Author Heather Yates is an assistant professor of American politics at the University of Central Arkansas who specializes in political behavior research that addresses questions involving campaigns and elections, interest groups, identity politics and especially, women in politics. The book examines the 2016 campaign as an exercise in political theater and how feelings about Donald Trump and Hillary Clinton got transferred to appraisals of campaign issues. Two more books, titled Donald Trump and New Hampshire Politics by author Christopher Galdieri, and From the Iowa Caucuses to the White House by author Andrew Green are scheduled to be published later this year. 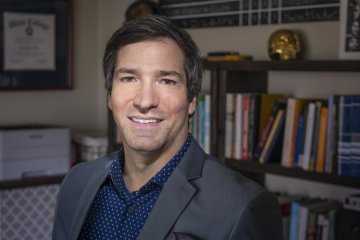 01/10/2020
Christopher Riddle, associate professor of philosophy at Utica College and director of the college’s Applied Ethics Institute, has been selected 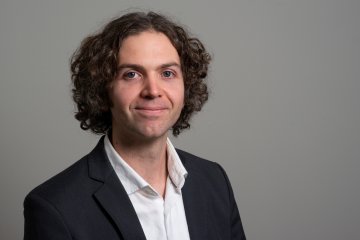