“We shouldn't pigeonhole immigrants; we should see them as people rather than a category. Everybody has a different reason for coming here.”

Frank Bergmann remembers being shuffled down into the basement of the apartment building where he lived as a child. When air raid sirens would shrill during World War II, his small hometown of Markneukirchen – known worldwide for making violins - knew what to do. He remembers, at the tender age of 4, seeing a procession of American soldiers, tanks and jeeps for a half mile along downtown’s main street.

Bergmann, Walter D. Edmonds distinguished professor emeritus of English and German at Utica College, has chronicled his journey from his childhood to America, at the request of many of his former Utica College students, who reveled in his stories.

In his book, The Inevitable Immigrant, Bergmann tells what brought him to America and what made him stay, recalling stories from his life and emigration to America from Germany to the present day.

A professor of English and German at Utica College for 44 years, he retired in 2014, having won both distinguished teaching and research awards. He was passionate about teaching and reading American literature, with a particular interest in upstate New York.

The inspiration for writing the book came from his late colleague Eugene Nassar. Bergmann included a piece about Nassar, honoring their friendship and years working together.

The book is published by the Eugene Paul Nassar Ethnic Heritage Studies Center at Utica College. The center, founded in 1981 by Nassar and named for him in 2011, serves as a focal point for research, teaching and public service related to ethnicity in American life.

The message that Bergmann would like readers to take most from the book is that immigration is important to America, and he wouldn't be where he was today if people hadn’t been so welcoming.

“We shouldn't pigeonhole immigrants; we should see them as people rather than a category,” Bergmann said. “Everybody has a different reason for coming here.”

The Inevitable Immigrant is available for purchase on Amazon and Bergmann has also made sure to drop off a copy to the library and the Arts and Sciences office.

The Inevitable Immigrant on Amazon 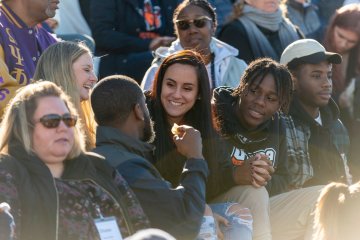 Utica Looks to Celebrate Homecoming with Full Slate of Events

09/19/2022
Utica University is eager to celebrate Homecoming this year, highlighted by its traditional carnival, following a two-year hiatus due to 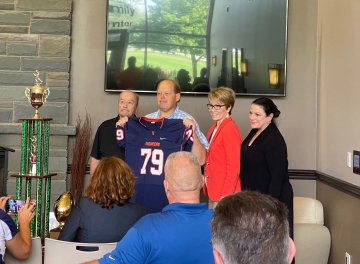 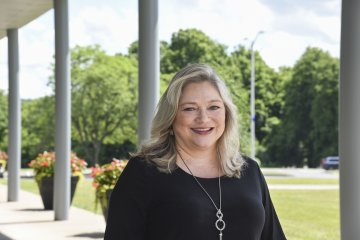 08/26/2022
The Karl Zimpel '75 Endowed Professorship in Cybersecurity has been awarded to Leslie Corbo, associate professor of cybersecurity and director
All News