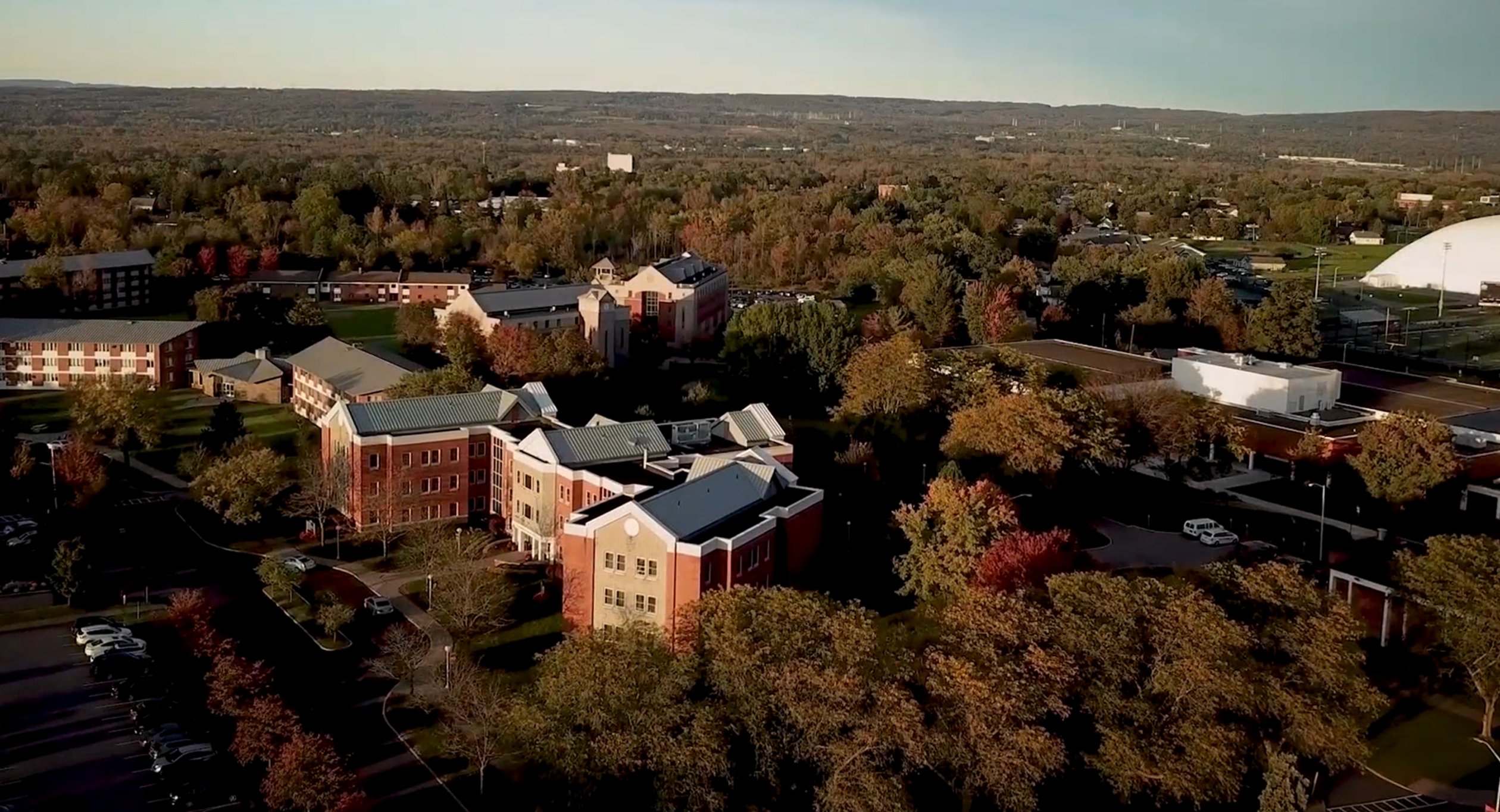 Central New York's history was created by a succession of people of differing nationalities, cultures, and religions that created new lives for themselves and in the process shaped the fabric of the American mosaic.

Founded in 1981 by Utica University Professor Eugene Nassar, the Eugene Paul Nassar Ethnic Heritage Studies Center serves as a focal point for research, teaching, and public service related to ethnicity in American life. Its objectives are:

Armenians started to make their way to the Upper Mohawk Valley in the late nineteenth century. After the Armenian genocide and subsequent diaspora, the community increased and counts among its members successful local educators, scientists, professionals, and business owners. Although there has not been scholarship on the local Armenian community, John Toukatly's recent monograph, Monsoura, tells the story of Mansoura Enjem Thomas' harrowing journey out of the Ottoman Empire and eventually to Utica. The photos below are of the Armenian circle at the New Forest Cemetery on Oneida Street in Utica, a monument to some of the original members of the community. 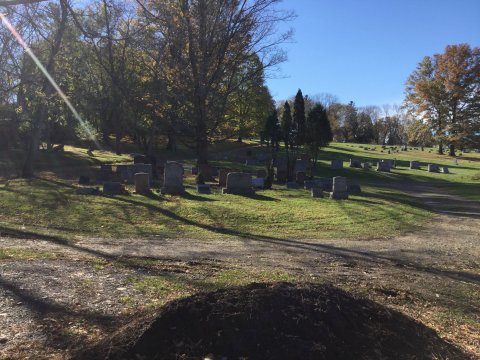 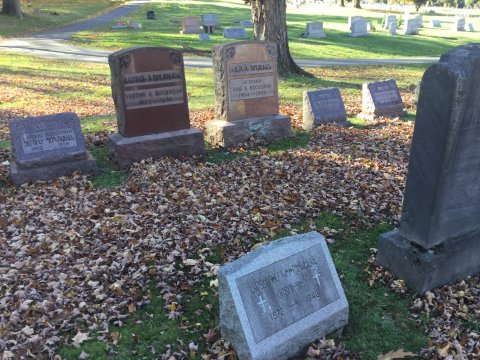 Throughout its history, Oneida County has been a destination for many groups seeking opportunities for better lives. The largest recent wave of immigrants to the community is from Bosnia. Many Bosnians have arrived as refugees of that war-torn area and have been assisted in their relocation by local churches, civic groups, or the Refugee Center.

More than 4,200 Bosnians now live in the Utica area, one of the largest concentrations in the country and a significant addition to the city's population. Recently, a member of the Bosnian community was appointed to the Utica Common Council, and Bosnians, despite their relatively brief residence in the area, have already emerged as entrepreneurs, built solid cultural organizations, and taken part in the varied life of the community.

Although Germans are among Utica's earliest settlers, with some Palatines from Herkimer and points east having moved upriver soon after the conclusion of the War of Independence, they did not become numerous and prominent until the 1850s, when a goodly number of Forty-Eighters and other immigrants primarily from southwestern Germany settled here.

By 1910, Germans constituted the largest ethnic group in Utica and supported several churches, a major newspaper, and many social organizations. World War I was a massive blow to Americans of German descent here as elsewhere in the US. Between 1933 and 1950, this area received its share of fugitives from Hitler's Reich and displaced persons of German stock from central and eastern Europe.

The Utica Maennerchor, founded in 1865, and the F.X. Matt Brewery, dating back to 1888, survive today as vigorous reminders of the major role Germans played in Utica at an earlier time. German entertainment and food is plentiful during the Maennerchor's annual Bavarian Festival in July, and also at St. Joseph's-St. Patrick's German summer picnic. Several area restaurants feature German dishes on their menus, and specialty meat markets complement their lines with substantial German offerings.

Each year, the Maennerchor awards prizes to the best students in German from area schools that still offer the language. Utica College enrolls a number of students from Germany each year. The History Project at Utica University has begun to publish student essays on local German American and other ethnic topics.

In addition to materials in local libraries and historical societies, there are several helpful publications:

Hispanics have lived in the Mohawk Valley since the 1800s. The numbers began to grow in the early 20th century with the arrival of Spaniards, Puerto Ricans and Mexicans who worked on the canal, railroads and local factories.  The community grew even more rapidly after World War II as many Puerto Ricans  from New York City and the Island came to work in the textile factories and slaughterhouses. The local Hispanic community is currently 60 % Puerto Rican and 11 % Dominican.  The former has constituted the largest group of Hispanics for decades and the latter is one of the fastest growing groups in the county.

There have been many attempts to organize the various Latino groups in the Upper Mohawk Valley, including the Hispanic American Action League in the 70s, the Latin American Society for Togetherness (L.A.S.T.) in the 80s, Hispanos Unidos in the 90s, and the current organization, the Mohawk Valley Latino Association (MVLA), founded in 2003. The MVLA, under the direction of Sonia Martínez and Anthony Colón, organized the 2011 Latino Upstate Summit, and regularly sponsors a yearly Hispanic Heritage Festival, an annual dinner-dance gala, a local children's dance group Ritmo caribeño, and a boy scout troop. In the past, the MVLA sponsored a G.E.D. and citizenship class in Spanish.

Latinos have established upwards of forty businesses in the area, including restaurants, barber shops, beauty salons, a nightclub, a Karate school, insurance agencies, and an automotive repair shop. St. John's Catholic Church has offered a weekly mass in Spanish since the late 1960s, and several other Christian Churches in the city also have services in Spanish. Hispanics have taken leadership roles in the community as their presence becomes more and more visible.  Antonia Cardona's novel Te veo luego (2009) recounts, in part, her experiences in Utica in the 60s and 70s.

For information about the Spanish spoken in Utica please click here. 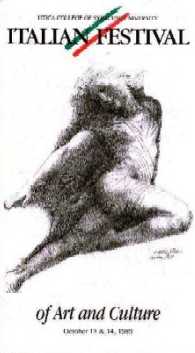 The largest nationality group of the great migration to America between 1880 and 1920, Italians trace their presence in Utica to the arrival of Dr. John B. Marchisi in 1817. A prosperous pharmacist, he was the first of thousands of Italians to arrive in Oneida County over the next century.

Centered around the parishes of St. Mary of Mount Carmel and St. Anthony of Padua, Italian life and culture flourished, spreading throughout the county to cities, towns and small villages alike. While the immigrants arriving in the great migration usually found jobs in the local textile mills, brickyards, construction companies and unskilled manufacturing occupations, numerous entrepreneurs soon began small businesses running the spectrum of economic activity from push-cart peddlers and olive oil merchants to haberdashers, bankers and insurance agents. Italian language newspapers such as Il Pensiero Italiano, La Luce, and Il Messagero dell'Ordine, along with the humorous Il Pagliaccio and various organizational and cultural publications reflected the richness of Italian life in Oneida County.

From a small group of early immigrants, the Italian community rapidly grew to political prominence, forming an important voting block in elections as early as 1888. By 1910 Italians were being regularly elected to office in Utica, while historians generally credit the East Utica Italian community as the spark that ignited Franklin D. Roosevelt's campaign for governor of New York in 1928. From the early 1940's the Italian community has played a dominant role in Utica and area politics.

Today, Italians constitute one of the largest and most active ethnic groups in the county, enjoying strong parishes, a varied cultural life, and prominence in virtually every field of endeavor.

"East Utica Spring" is based on the memories of East Utica native Bob Cimbalo who has preserved the essence of Italian community life in Utica in a series of original art works.

Central New York’s Jewish community traces its roots to the first significant period of Jewish immigration to the United States between 1847 and 1870. Though small, this early community supported much of the infrastructure necessary to an engaged religious life. By 1897, after a major influx of Jews to Utica from Eastern Europe, the community hired its first ordained rabbi. A vibrant Jewish life, with kosher restaurants and religious schools, followed.

Today, the Utica Jewish Community sustains three congregations, Orthodox, Conservative, and Reform. The city’s Jewish Community Center has an active membership and programs many cultural events. These include book groups, political round-tables, a yearly Holocaust memorial lecture, and religious festivals such as a Purim carnival.

The definitive historical work on this central New York community is The Jewish Community of Utica, New York, 1847-1948, by Rabbi S. Joshua Kohn. The work is excerpted and updated in Ethnic Utica, edited by Jim Pula. 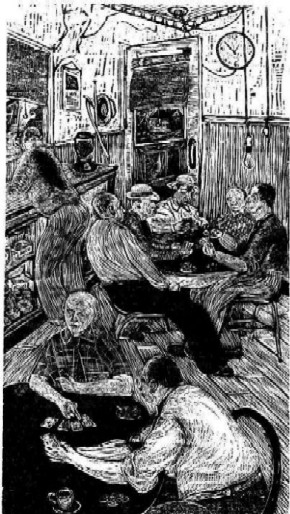 Lebanese and Syrian immigrants came to the Utica area as early as the 1880s as part of peddling networks (linens and other dry goods) emanating from New York City and Boston, with permanent settlers documented from 1895. According to the Utica Saturday Globe, there were about 100 Syro-Lebanese by 1900, including some 40 listed as peddlers in two boarding houses of Lebanese dry goods merchants on Bleecker St. in East Utica. By 1920, there were approximately 2,500 immigrants from Lebanon and Syria (mostly from Lebanon and almost all Christian). Between the two World Wars, the Syro-Lebanese businessmen gravitated from dry goods to grocery stores, of which there were more than 70 of Syro-Lebanese ownership in the Utica area in 1940.

After World War II, aided by the G.I. Bill, there arose a large professional class (doctors, lawyers, teachers, engineers, etc.) among the Syro-Lebanese, which came to number about 150 by the year 2000. If one counts all those who have some portion of Lebanese or Syrian descent, there are approximately 5,000 in the Utica area. They have three ethnic churches: Maronite Catholic (St. Louis Gonzaga), Melkite Catholic (St. Basil's), and Syrian Orthodox (St. George's).

Early Polish movement into central New York began in the 1880s, attracted by work opportunities in the textile mills and other smaller businesses. Migration slowed significantly following enactment of the discriminatory immigration acts of 1921 and 1924.

Poles began arriving in larger numbers again as refugees of World War II and veterans of the Polish Armed Forces in Exile unwilling to return to a Communist dominated Poland in the post-war period. The years of Communist domination also witnessed the movement of Poles to the area for both political and economic reasons, while the years following the triumph of Solidarity brought new skilled and professional people seeking an opportunity to expand their careers.

By 1990, Polish Americans comprised the third largest ethnic group in Oneida County. A vibrant community, Utica Polonia is represented by many organizations. For example, the Kopernik Memorial Association promotes and preserves Polish culture and traditions. The White Eagle Association serves as a communication link for post-World War II immigrants, and the General Casimir Pulaski Memorial Association Inc., sponsors the annual Pulaski Day celebration. EMS Global provides medical and other assistance to Poland while the Little Poland Dance Ensemble teaches children Polish culture. The Polish Community Inc., which maintains meeting rooms, banquet facilities, and a collection of books and other materials, provides a central gathering place. Numerous veterans' organizations and special interest groups provide outlets for other interests. Polish radio programs are broadcast regularly on WIBX (950 AM), WTLB (1310 AM), and WUTQ (155 AM).

Central New York is home to one of the largest and oldest Welsh communities in the United States and the Welsh-language newspaper
Y Drych.

Welsh scholars regularly visit Utica University to research this collection, most of which was printed by Welsh who chose to settle in Oneida County. Most of this material has been microfilmed, and plans are to digitize and place the information on the Internet for access by scholars around the world. To access an essay and a bibliographic catalog of that collection, click here.

Utica College maintains academic ties with the University of Aberystwyth in Wales and has hosted several Welsh scholars researching topics as varied as the role of Welsh singing societies in America, Welsh participation in the American Civil War, and Welsh publishing in America.