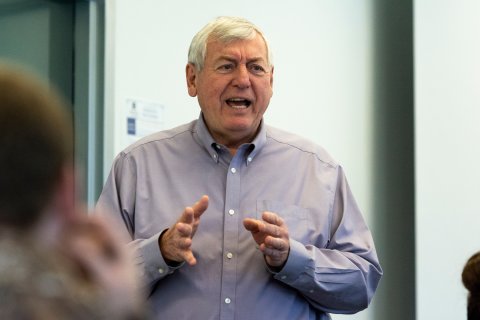 Judge Virkler serves as an Associate Dean of Justice Studies at Utica College. He is a graduate of LeMoyne College, Syracuse, and holds a master's degree in business administration from Syracuse University. Judge Virkler began teaching at Utica College in 2001. He was named Assistant Professor of Criminal Justice in 2011 and Criminal Justice Department Chair on Jan. 1, 2012. He is the elected Chief Justice of the Town of New Hartford and has served in that Court since January 2000.