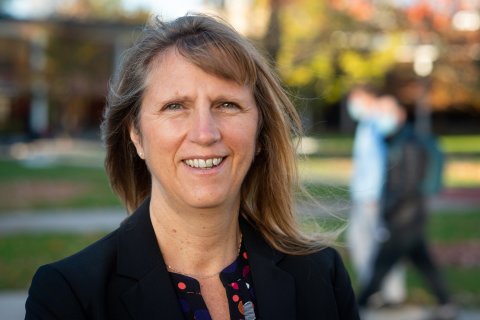 Professor Smith specializes in the use of GIS technology and is an active participant within the field of sociology.  She has worked in depth on a variety of local and national projects via the Lewis Mumford Center for Comparative and Urban Regional Research formally located at the University of Albany.

She is currently expanding her research on military bases and their relationship to metropolitan level segregation, which involves not only spatial analysis (GIS and Geoda), but U.S. Census data from 1980 to 2000 as well as the IPUMS data collection.

In addition, she is involved in research looking at the value of educational television and the impact of growing populations in the Catskill region.  The latter stems from a collaborative work in progress evaluating the current position of New York State and the relationship between upstate and downstate in terms of both national trends and future development which will be published by SUNY Press in the Fall of 2007.