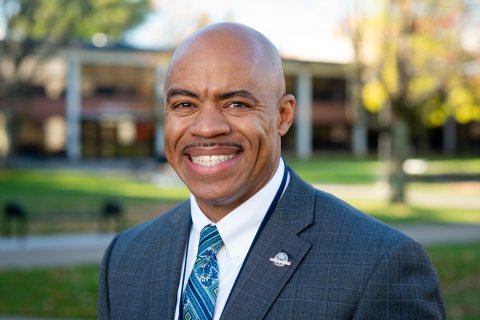 Musco Millner, III became the Director of Campus Safety on August 12, 2019.  Millner concluded a twenty-six-year career with the New York State Police, retiring as a Captain, In-Charge of Leadership and Professional Development.

During his career with the State Police, Millner was assigned to various locations of central New York as well as the Capital Region, at various ranks within the agency.  Following his career as a patrol Trooper, Millner spent thirteen years in the Forensic Unit, which birthed an eighteen-month assignment at the Crime Laboratory.  For a four-year period, Millner oversaw the agency’s Recruitment and Member Hiring Units, later securing a position in the Professional Standards Bureau. He is a graduate of the International Association of Chiefs of Police (IACP) Leadership in Police Organizations Program in 2016.

It should be noted that Director Millner also serves as an adjunct faculty member both at Utica College and State University of New York at Mohawk Valley Community College (MVCC), teaching Mathematics and Criminal Justice courses.

He is married and the proud father of two daughters and one granddaughter.  He resides in Rome, New York.