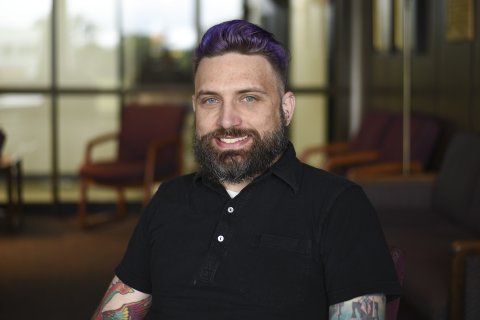 Daniel Tagliarina is a tenured Associate Professor of Political Science at Utica university. Tagliarina earned their bachelor’s degree in political science from Bowling Green State University and their master's and Ph.D. in political science from the University of Connecticut. They also received the Graduate Certificate in Human Rights from the University of Connecticut. Their research interests include American constitutional law, religion and politics, law and society, and human rights. They routinely appear on local news shows to discuss developments with the U.S. Supreme Court.

Tagliarina co-editedTeaching Politics Beyond the Book: Film, Texts, and New Media in the Classroom (Bloomsbury, 2012, with Robert W. Glover), which presents a variety of ways to bring non-traditional media and sources into the teaching of political science.

Tagliarina (with Corinne Tagliarina) is currently working on another edited volume, this time focusing on issues of gender-based approach to human rights and how these approaches are complicated by non-binary aspects of gender.