Utica University alumna Justice Janet Malone has been selected as the commencement speaker for the upcoming undergraduate ceremony.

A 1986 graduate of Utica University, Justice Malone earned a bachelor’s degree in criminal justice and went on to earn her Juris Doctorate degree from the City University of New York.

Justice Malone is an officeholder in the New York Supreme Court, elected in 2016. She is the first Black woman to serve on the Supreme Court in the Ninth Judicial District of New York.

Prior to her judicial career, Malone worked as a New York County Assistant District Attorney, a solo practitioner in the counties of Bronx and Westchester, New York, a senior associate at a Westchester County law firm and a support magistrate for the Westchester County Family Court.

Born in Barbados, Malone arrived amidst very humble beginnings in a home with no modern conveniences.

The undergraduate commencement will be held at the Adirondack Bank Center at the Utica Memorial Auditorium on Thursday, May 12, at 5 p.m. Approximately 550 undergraduate students are eligible to graduate.

For more information regarding the ceremony, visit utica.edu/commencement. 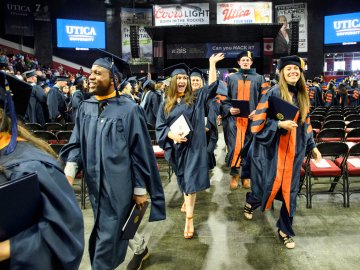 05/19/2022
Congratulations to the following students who were eligible to participate in the 2022 Utica University Graduate Commencement ceremonies. Please note

05/19/2022
Congratulations to the following students who participated in the 2022 Utica University Undergraduate Commencement. Please note that there are instructions 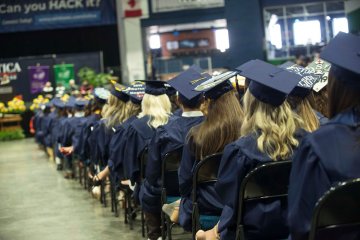 05/11/2022
Utica University will honor some 550 graduates with undergraduate Commencement ceremonies on Thursday, May 12 at 5 p.m. in the
All News