Laura Casamento, president of Utica College, announced today that the college has received the largest bequest in its history. Utica College will receive $2.35 million from the Lotis B. Howland trust.

The gift is UC's largest bequest to date as well as the largest single cash gift in the College's history.

“Ms. Howland’s generosity will enrich the Utica College community and positively affect the educational experience for current and future generations of UC students in many ways,” Casamento said.

Paul Steates, Howland’s attorney, said that Howland passed away last October at the age of 98. Born in Mt. Vernon, Georgia, she moved to Utica and was married to Alfred Smith, and after his passing she later married John Howland.

“With no close relatives,” Steates said, “she established a trust and felt it was important to give back to the Utica community. She worked closely with my late law partner, Robert Remmell, UC class of 1954.”

Specifically, her gift will support several important initiatives at the college, including providing some funding for an expansion to the Gordon Science Center and a new Inter-Cultural and Student Organization Center.

In addition, the bequest will support a series of initiatives aimed at student persistence and on-time graduation, it will allow for technology upgrades in more than 40 classrooms, and will fund additional safety improvement on campus. The final piece will be to add to the college’s endowment fund.

Steates said several other local charities will also benefit from the trust, although the largest share was gifted to the college. 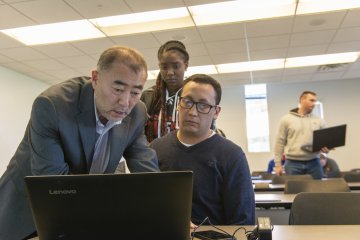 03/06/2020
Utica College was awarded a grant for more than $214,000 from the Department of Justice Bureau of Justice Assistance to 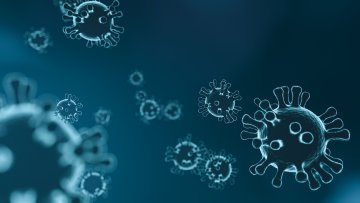 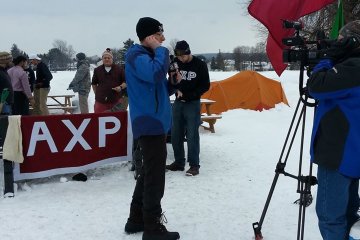