“The colleges in our community are well situated to move the racial equity agenda forward..."

Utica College has joined with five other area colleges to form The College/Community Partnership for Racial Justice Reform. Hamilton College, Herkimer College, Mohawk Valley Community College, Pratt MWP, SUNY Polytechnic Institute (SUNY Poly) and Utica College formed the partnership earlier this year with support from the Community Foundation of Herkimer and Oneida Counties, Frontiers Club of the Mohawk Valley, and the United Way of the Mohawk Valley. The goal is to pursue constructive, equitable change in the criminal justice system locally and statewide. The committee’s diverse membership also includes members of law enforcement organizations, attorneys, elected officials, and members of other groups working on similar issues.

Founded by Hamilton College’s Maynard-Knox Professor of Law Frank Anechiarico, the partnership seeks to be a resource for the community and local government in response to the Black Lives Matter movement and, specifically, to Governor Cuomo's executive order 203. This order requires that all jurisdictions with police agencies forward detailed reform plans to Albany by April 1, 2021, that take racial justice into account and that source local experience and opinion in doing so.

In addressing this mission, the partnership’s initiatives include:

The community-based outreach data collected from the partnership survey will be analyzed in a Law and Justice Lab course at Hamilton College. The Hamilton course is offered in coordination with a similar course at Utica College. The Utica College course will collect and analyze data from interviews with criminal justice administrators in a number of jurisdictions, and thus provide feedback from stakeholders. Both courses will also research and compile evidence-based best practices in the widerange of policy areas related to criminal justice reform and ensuring racial equity.

The last part of the mandated process, the presentation of a plan for public comment, will offer an opportunity to present to residents what the partnership has found from community discussion in the lecture series, the public survey, and research into evidence-based best practices, through public hearings and other means toward a set of policy reforms that will meet the April 1 deadline.

“The colleges in our community are well situated to move the racial equity agenda forward. Our approach to the complexity of criminal justice is to listen to the voices of those served by criminal justice agencies and to form partnerships with others working toward racial justice and community engagement on parallel tracks,” said Anechiarico. “This is an agenda shared by the leadership of each institution, and we have been assured of their support.”

Free Online Lecture/Discussion Webinar Schedule available on WUTR/PNY at 7 p.m. and via Zoom at https://hamilton.zoom.us/j/95519564026:

September 23 - Black Lives Matter: The Movement and Its Importance to the Entire Community

September 30 - What is Systemic, or Institutional, Racism?

Historical roots, international examples and the current American experience of racism. What forms does it take? The damage done to families, public health, and education. How to restore community wellness in affected neighborhoods

Operations of the courts, plea bargaining and the effects of race and poverty, restorative justice as an alternative

Issues in county jails and probation, including education in the jails and re-entry best practices

Releases of Records, barriers to accountability or reform, citizen review and oversight. The Utica College-Hamilton College review of experience and evaluation of citizens and criminal justice officials 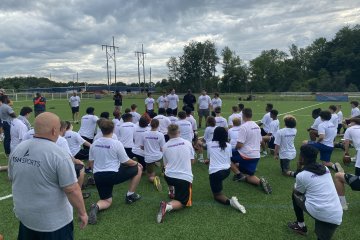 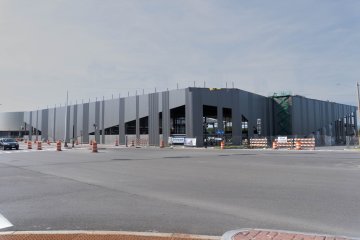 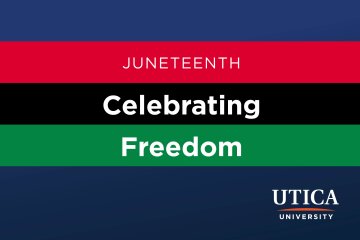 06/16/2022
Joining the greater Utica community, the Utica University Division of Diversity, Equity, and Inclusion and Student Transitions (DEI) will celebrate
All News