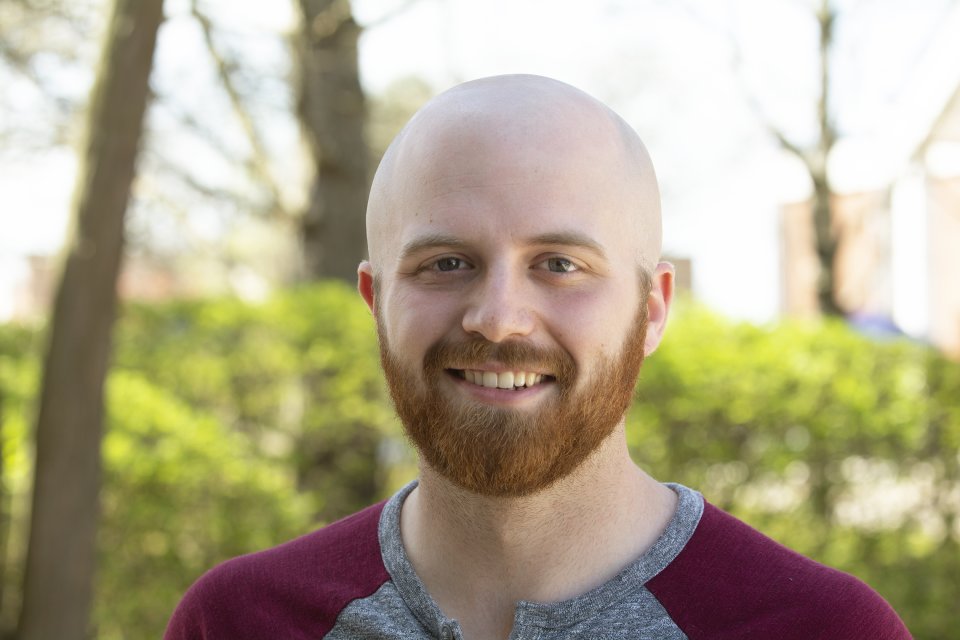 Marine Corporal Corey Carnes is proof that a veteran doesn’t need to face combat to deal with the emotional impact of war.

Carnes, a junior health studies major, spent nearly four years leading the Marines Dignified Transfer Team at Dover Air Force Base in Delaware. Several times a month, Carnes and his fellow Marines carried the remains of soldiers killed in combat from military aircraft to transfer vehicles while family members and other loved ones looked on. The dignified transfer of remains is one of the most sacred rituals in the United State military, often attended by the president and other high-ranking government and military leaders.

“It’s incredibly difficult, because the family is there, sometimes kids, and they’re emotional, but you have to be expressionless,” says Carnes, who estimates he was part of more than 15 dignified transfers during his time in the Marines from 2011 to 2014. “You kind of take a mental beating every time you do it.” 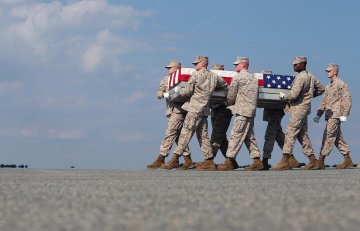 His assignment to the team was “pure happenstance,” says Carnes. “I enlisted in the Marines expecting to deploy.”

During boot camp, commanding officers determined that he met the physical requirements; in order to carry the steel casket, which holds the body of the fallen soldier packed in ice, Marines must demonstrate considerable upper-body strength. And to keep the casket steady during the ceremony, members of the carry team must be the same height—approximately 6 feet. Carnes was assigned to Marine Barracks Washington, also known as “8th and I,” the oldest active post in the Marine Corps.

“We’d always learn a little about the soldier before the transfers,” says Carnes now. “Anytime it was a young guy, I thought of my brother.”

Carnes excelled quickly as part of the unit. He was promoted to lead the team of 12 mostly younger Marines, training them to not only handle the physical demands of the job, but the emotional toll, as well.

“I realized how 18, 19-year-olds show their immaturity,” he says. “I took on a mentor role to help them understand the gravity of what we were doing; how it’s not about us, but about the soldiers we’re honoring.”

In addition to transfers at Dover, Carnes’ team was also part of parades in the Capital, funerals at Arlington National Cemetery, and other military ceremonies. When not conducting a transfer, the team was in the gym training “as if we were about to deploy,” he says.

Returning to civilian life wasn’t easy for Carnes, he admits. Before enlisting, he worked as personal trainer and studied yoga and meditation. Studying occupational therapy and wellness at UC, he says, has helped him return to his roots.

“I think people expect an ex-Marine to be into violence or that sort of thing,” he says, smiling. “I’m the exact opposite.”

He’s also found solace in his part-time job at Spring Farm Animal Sanctuary in nearby Clinton, where he helps care for the farm’s 30 horses, goats, ducks and geese.

“Animals have helped open my mind,” he says. “Especially horses. They have their own personalities. They can completely change your perspective. “

And at UC, he’s found support in the community of veterans, led by Veteran’s Liason and Army Vet Derek MacTurk.

“I met Derek at orientation and we talked about the support system here,” he says. “That really enticed me. There’s a sense of belonging.”

That community, he says, is the most powerful weapon in battling the dark thoughts and mental-health struggles many veterans endure.

“Not a lot of my peers at UC can relate to what I’ve been through,” he says. “But having that group of vets I can talk to has made all the difference—it’s helped make this place feel like home.”