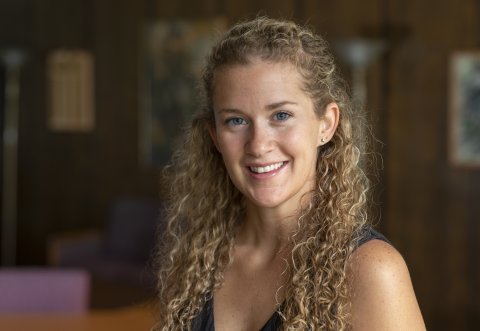 I grew up near Oneonta, NY. I received my BS in biology at University at Albany, and immediately pursued my MS in Cytology at Albany College of Pharmacy and Health Science. Upon completion I became a board-certified cytotechnologist (ASCP). During my first stent in graduate school I became more interested in the molecular mechanisms governing the pathologies that I was screening at the microscope, which prompted me to matriculate in the Ph.D. program at Albany Medical College in the department of Regenerative and Cancer Cell Biology. I received my Ph.D. in 2018, studying the molecular mechanisms governing the formation and maintenance of vascular malformations with specific focus on the PI-3’Kinase / mTOR signaling cascade under Dr. Kevin Pumiglia. During my graduate career I really fell in love with teaching. I was an adjunct at the Sage Colleges of Albany for microbiology, a guest lecturer at Albany Medical College for several cardiac physiology lectures for the Nurse Anesthesiology program, and taught several labs and group workshops on cardiac physiology and protein structure/function in relation to human disease to Albany Medical College medical students.

Research in my lab would involve some level of cell culture and microscopy related to endothelial cell function. I am also interested and excited about the possibility of collaborative efforts with others in the area across any aspect of research. I pride myself on being an advocate for Interdisciplinary science. Please feel free to reach out to me if you are at all interested in discussing your interests or ideas.

I study vascular malformations, which are an extremely heterogeneous group of pathologies leading to a wide range of concomitant symptomologies. Vascular malformations as associated with significant morbidity causing pain, swelling, bleeding, and even mortality depending on the localization with potential to cause significant organ function obstruction. Several physiological characteristics unique to vascular malformations are also shared by dysfunctional vasculature seen in a variety of pathologies such as cardiovascular disease, cancer, diabetes, and retinopathy, therefore understanding the molecular mechanisms governing vascular malformations may impact several fields of biomedical science and health care. I am most focused on the PI3Kinase/ mTOR pathways, which has peaked my interest in several interesting aspects of endothelial cell function including metabolism, cell-cell junctions, and differentiation.