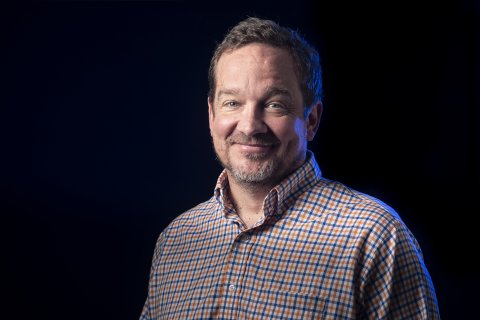 Some of these receptors are in skin and other parts of the body (touch receptors). My colleagues and I are currently exploring the role of glia (so-called ‘supporting cells’ in these receptors, and how they are arranged in the body to give a maximum amount of information to the brain.

Some of these receptors are in the inner ear of mammals -- the vestibular system (balance) and the organ of Corti in the cochlea (hearing). Both of these organs use specialized sensory cells called "hair cells" to detect vibration or movement, and specialized "supporting cells" to hold the hair cells in place. In the vestibular system, some hair cells need to be destroyed in one kind of treatment for Meniéres disease, a severe balance and hearing disorder. After this treatment, the supporting cells may divide and replace the hair cells, with accompanying return of symptoms. Two focuses of my research in the vestibular system are how to destroy vestibular hair cells without cochlear hair cells using aminoglycoside antibiotics, and determining if in fact supporting cells are a source of new hair cells in the vestibular system following this treatment. In the auditory system, hair cells are not ever replaced after loss, so prevention of noise-induced hearing loss is paramount. In a phenomenon called "conditioning", a previous noise exposure can render the auditory system resistant to hearing loss from a later, louder sound. One component of this resistance appears to be modification of the tubulin cytoskeleton in the supporting cells of the organ of Corti, which may render the organ less stiff, and therefore less susceptible to damage. The mechanisms of these modifications, their timecourse, and their relation to resistance to hearing loss are all questions remaining to be answered in my lab. Some of this research takes place on the Utica College campus, and some takes place at the Institute for Sensory Research in Syracuse.

Histology -- both immunocytochemistry and cell counting -- on plastic-embedded specimens will take place on the Utica campus, and students are welcome to participate. Electrophysiology, specimen preparation, noise exposure, surgery, and western blotting/cell biology will take place at both Utica College, and the Institute for Sensory Research in Syracuse, primarily during the summers. Some limited funding may be available for summer study. My attitude towards students in research is the same as that of my late advisor, Dr. Norma Slepecky. You learn by doing, and there is no facet of research a dedicated undergraduate student cannot learn successfully. Any part of these projects we can get funding for you to complete is open to your participation.