Douglas Edwards, assistant professor of philosophy at Utica College, has won the prestigious American Philosophical Association’s 2019 Sanders Book Prize for his book “The Metaphysics of Truth.” The award will be presented at the APA Central Division Meeting in Chicago in February.

Edwards’ book examines the relationship between truth, language and the world. He tackles some of the central questions of philosophy, and explores the relevance of these issues to thinking about the social world.

He is also an associate editor of the journal “Analysis,” and has won a number of awards, including two major research fellowships: a government of Ireland postdoctoral fellowship from the Irish Research Council, and a Marie Curie Intra-European Research Fellowship from the European Commission. His book, “Properties,” was published in 2014 by Polity Press, and his edited volume “Truth: A Contemporary Reader” was published in 2019 by Bloomsbury Press. He will have another book published by Polity Press in 2020 titled “Philosophy Smackdown,” using philosophy to explore professional wrestling.

He joined Utica College in 2018 after holding positions at University College Dublin, The University of Aberdeen, and Hamilton College.

The award is supported by the Marc Sanders Foundation and carries a $7,000 prize with it. It is awarded to the best book in philosophy of mind, metaphysics or epistemology that engages the analytical tradition published in English in the previous five-year period. 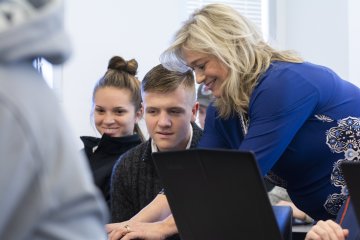 10/19/2020
Unemployed Americans aren’t the only ones waiting for the next pandemic relief check. A slew of fraudsters, including an organized 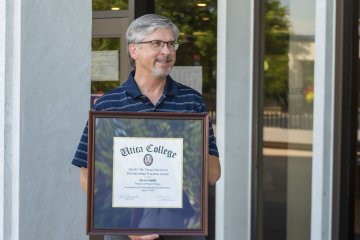 08/14/2020
James Smith, professor of physical therapy, has been named the 2020 Dr. Virgil Crisafulli Distinguished Professor at Utica College. The 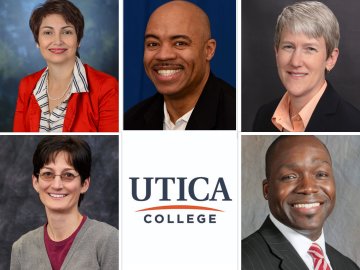 06/15/2020
Laura Casamento, president of Utica College, has announced a number of additions to the college’s senior leadership team: Anthony Baird,
All News