Updated fees listed below.  (Please note that there is a new fee structure this year.)

Call 315-792-3344 for information about the program or the cancellation and refund policy. Requests for refunds must be made on or before Tuesday, June 1, 2021. We reserve the right to cancel this program at any time.

Cone Beam Computed Tomography: The Near Future Standard of Care

The emergence of cone beam commuted tomography and its development as a resource for dental procedures has left a significant impact on the field of dentistry. For decades, two-dimensional x-ray generation and detection has been common practice in dental procedures. The limitations of traditional dental radiology have been greatly improved with CBCT’s evaluation of the third-dimension. Algorithms can reconstruct 3D volume for 2D projection data, often providing the necessary information to perform cases in an efficient and safe manner. Although the technology is well understood and accepted, its recognition as the standard of care in dental procedures has not been established. Through the CBCT’s diagnostic applications in all areas of dentistry, the practice may become more of a standard of care in the near future as we continue to utilize its capabilities towards everyday dental procedures.

After the presentation, attendees will be able to:

Dr. Wajidul Hussain was born in Bangladesh and moved to the United States as a toddler. He calls New York City home, where he grew up in the Bronx and went to on to earn a Bachelor of Arts in Biology from Hunter College. During his time in Hunter, he volunteered in various community outreach programs. He later on went on to receive his DDS from Touro College of Dental Medicine where he was a part of the inaugural class. In his spare time, he enjoys watching movies and cooking.

Marijuana has a long history of use in medicine dating back to early empire’s in China. In modern times the use of Marijuana became more controversial due to its psychoactive effects but in recent years has become more accepted in the United States, both recreationally and medicinally. Even non-psychoactive compounds of Marijuana have gained traction for their medicinal purposes. As it is becoming legal in the United States, we as providers will see more and more patients that use Marijuana so it will be important to understand its implications in regards to overall health. Although research of Marijuana in dentistry is in very early stages, I plan to discuss its affects and potential uses as it relates to oral health.

Dr. Aman Kumar is a native of Jersey City, NJ and moved to Middletown, New York in his teens. He received a Bachelor of Science in Biology with a minor in Chemistry from SUNY Fredonia, where he studied fatty-acid synthesis in C. reinhardtii in order to commercialize algal biofuels. He earned his Doctor of Dental Surgery from Touro College of Dental Medicine in their inaugural class. He is a member of the American Dental Association, Academy of General Dentistry, American Dental Society of Anesthesiology, and is a fellow of the World Class Laser Institute. In his spare time, Dr. Kumar enjoys cooking, reading, listening to podcasts, personal fitness, hiking, and dancing.

The primary objective of the presentation is to cover the fundamentals of lasers, including but not limited to; what a laser is, light transmission, mechanisms of lasers and their inherent function, light theory, and basic terminology. There will be a brief overview of the different types of lasers as there are many lasers available in the market. A phenomenon known as

Photobiomodulation Therapy (PBM) will be discussed. Lastly, we will discuss the applications of laser therapeutics in dentistry.

Dr. Ryan Stalker is a native of Sauquoit, NY and received his Bachelor of Science in Biology in 2016 from Utica College. Following this, he earned his Doctor of Dental Medicine from the University of New England College of Dental Medicine. In his spare time, Dr. Stalker enjoys fishing, running and enjoying the outdoors.

Osteonecrosis of the Jaw: Implications for the Dental Professional

Osteonecrosis of the jaw is a severe and progressive bone destruction in the maxillofacial region of patients. Two major pharmacological classes have been identified as causing the highest risk of osteonecrosis of the jaw including antiresorptive bisphosphonates and nuclear factor ligand inhibitors. Treatment for osteonecrosis is often difficult. First line of treatment includes antibiotics, oral rinses and analgesics. In severe cases, treatment can include site debridement and even jaw resections. For this reason, one of the most important aspects of osteonecrosis is prevention. There is extensive literature regarding this subject, however, for the general dentist a step-by-step methodology from recognition to treatment has not been established. Here, a framework is established to o act as a road map from recognition through follow-up, highlighting the importance of a multidisciplinary approach to prevent and treat osteonecrosis at each stage of the disease process.

At the end of this presentation:

Dr. Sidra Zahoor was born in Wilmington, North Carolina and raised in Corning, New York. She attended Corning Community College where she earned her Associate’s in Math & Science.

Dr. Zahoor completed a summer research program on a prodrug to specifically target and kill cancer cells at Stony Brook University. She then gained a Bachelors in Biological Sciences from Binghamton University. Dr. Zahoor got a Doctor of Dental Surgery degree from Touro College of Dental Medicine in Westchester County and was part of the inaugural graduating class. She received the Mark A. Rosenblum Award for Restorative Dentistry and was the editor of a literature review project; Electronic Cigarettes and Vaping-The Oral Health Analysis. Dr. Zahoor looks forward to a future career in general dentistry.

This presentation will be an overview of viral diseases in the dental setting. Discussing Human Immunodeficiency Virus, Herpes Simplex Virus, and Human Papilloma Virus. Being able to identify and diagnose each viral disease when presented. Prevention, as well as treatment of viral diseases.  Understanding which vaccinations to recommend and the new rise of anti-vaxxers. We will also touch about the now very relevant virus of COVID. COVID has not only impacted patient’s ability to reach the dental office but also impacted how dentists are practicing with new universal precaution standards.

More about this program 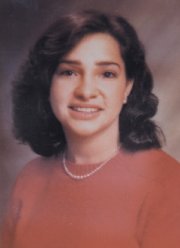 The Dr. Michelle Haddad Memorial Seminar is sponsored by: