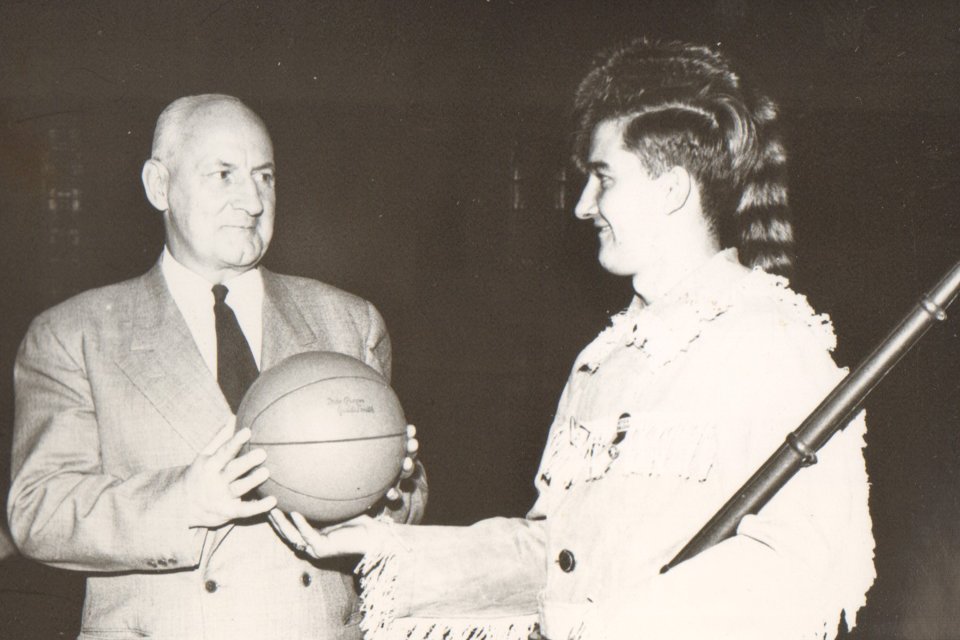 This article originally appeared in the Utica College Tangerine, November 9, 1951.

The last of the three winners has been picked in the TANGERINE-sponsored mascot contest, and now it's up to the students.

This week's winner, "The Pioneer," submitted by Paul Brown, a junior, now takes its place with the "monkey" and the "Tangerine Braves" as the three possible choices for Utica College's mascot.

The final selection will be made by the students next week at the Student Senate Thanksgiving Assembly, Thursday, Nov. 15. A $25 savings bond will be given to the winner at the first home basketball game of the regular season. Eligible for this prize along with Paul Brown, are Madeline Zogby and Frank Chambrone, both freshmen, who submitted the "Tangerine Brave" and the "monkey," respectively.

In his winning entry, Brown says, "I think 'The Pioneer' should be Utica College's mascot because the pioneer is famous for his courage and self-reliance. The spirit of the colonial frontier is exhibited by Utica College in its founding years. Utica College is the pioneer college in the Utica area."