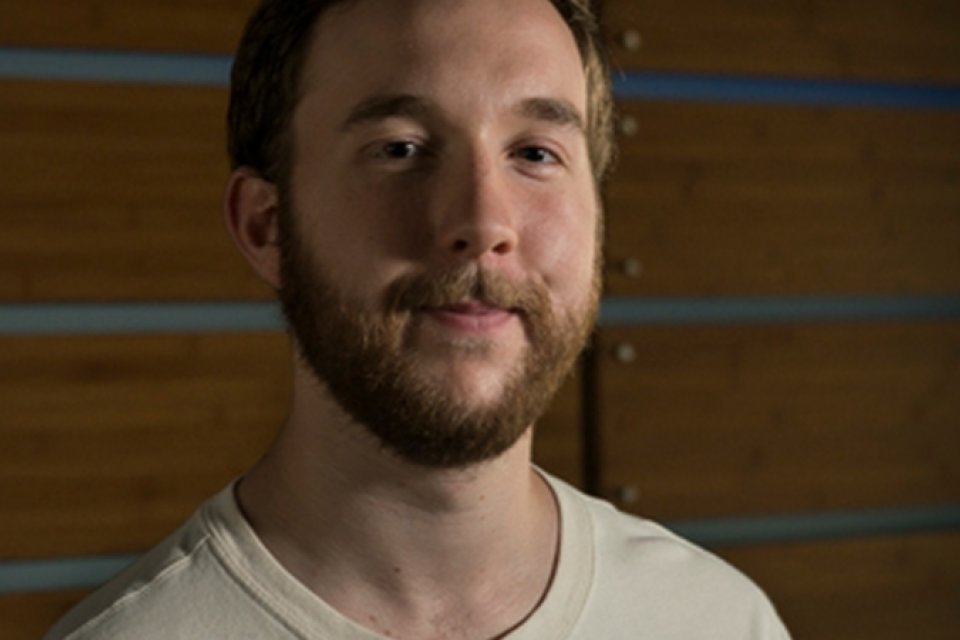 Imagine looking at a piece of modern art. You don’t feel strongly about it until you learn that the artist who created the piece has an exceptionally creative brain—you’re even presented with neuroimagery of the artist’s brain to prove it. Do you feel differently about the piece? Do you appreciate it more?

That was the scenario posed by psychology student Dylan Crawford, who set out to determine the influence of brain images on people’s perception of creativity, even when those images are fabricated.

Crawford was first introduced to the concept by Dr. Stephen Specht in January 2016. Crawford, who is double majoring in psychology and biology, had expressed an interest in the relatively new field of neuroimagery, which uses brain mapping to diagnose brain injury and disease, and to visualize the processing of information and response to stimuli. For scientists and doctors, brain imagery can be a useful tool in explaining certain phenomena to non-scientists; illustrating how areas of the brain appear to “light up” when addicts are presented with drugs or alcohol, for example.

But in conversations with Dr. Specht, Crawford learned how overreliance on such images could influence perception, perhaps in unintended or negative ways.

“Advertisers, health journalists, or even attorneys in the courtroom, may use these images to unfairly influence people,” says Crawford. “We wanted to find out how much power the images truly have.”

Because Specht is an artist himself (he works mostly in collage), he posed the idea of brain images’ effect on a person’s perception of artwork. This idea of creativity, and how a creative work is perceived, intrigued Crawford.

“That’s an area that’s been unexplored,” he says. “I found it really interesting.”

With Specht’s help, Crawford designed a study that would explore how the perception of creativity is influenced by brain imagery.

First, Crawford had to choose a piece of art that wouldn’t garner strong reactions.

“We knew it couldn’t be controversial or offensive,” says Crawford. “It had to be fairly neutral in order for the study to work.”
They found the winning image in one of Dr. Specth’s art journals: a modern art piece by a relatively unknown artist.

Next came the fun part. Crawford created a fake brain image, allegedly depicting the brain of an “exceptionally creative individual.” He also created faux psychological testing data which, as he’d tell subjects, provided proof of the artist’s highly creative brain. A portion of subjects would be presented with the brain images, a portion with the psychological tests, and a portion would see both.

In the subsequent weeks, Crawford tested nearly 70 UC students, asking them to evaluate the artwork, determining how much they liked it before and after seeing the fabricated brain images and psychological data.

The result was surprising to both Crawford and Specht: Subjects’ perception of the artist’s creativity had a minimal impact on how much they liked the work. The effect was more dramatic when subjects were presented with the brain images and the psychological data, suggesting a “synergistic effect,” says Crawford. “It proves that there is some persuasion going on here.”

With brain imagery gaining more attention, more scientists are examining what it means for the field going forward. Next steps, says Crawford, are determining brain imagery’s effect on other aspects of creativity, or even on happiness.

“There’s lots more learn,” says Crawford, and he plans to do just that in graduate school. He’s interested in several schools, where student and faculty research focuses on neuroimaging. Crawford’s ultimate goal: To teach psychology at a major research university.

“Working with Dr. Specht helped me realize that this type of research is my passion,” he says. “He trusted me, and that gave me confidence to take it to the next level.”