One kick for the record books: Kaela Mochak '24 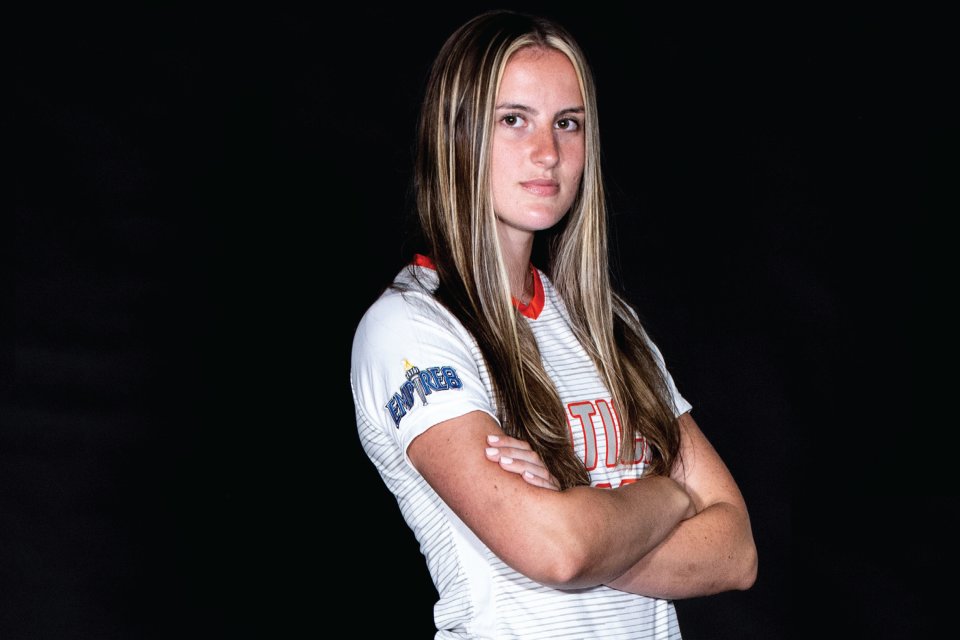 The national recognition was the talk of campus and set Mochak's phone and social media ablaze with congratulatory messages.

Before sending her back onto the field in the second half of a scoreless game, head women's soccer coach Brooke Barbuto stopped chemistry major Brooke Barbuto '24 and delivered some simple instructions.

"She told me to shoot from wherever - whenever I was open, she wanted me putting the ball on net," Mochak says. "So, when I saw the ball rolling, I just let it fly."

The result: a seeing-eye missile tucked under the crossbar from 35 yards out that propelled Utica to a 1-0 victory over Potsdam and earned the sophomore midfielder the No. 2 spot on the wildly popular ESPN SportsCenter Top 10 nightly segment.

The national recognition was the talk of campus and set Mochak's phone and social media ablaze with congratulatory messages. "I was just going through social media and I was so honored that I was on Utica's Twitter and Instagram, and then I saw @SCTop10. I didn't know what it meant. I went to my roommate, and she said, 'Kaela, that means SportsCenter.' I was in disbelief, and then the texts started rolling in from everywhere. That's when it became real."

"I got a text from my grandfather," she says. "I wear No. 18, which was his number in college, so when he saw me on national TV, that was a big thing for me."