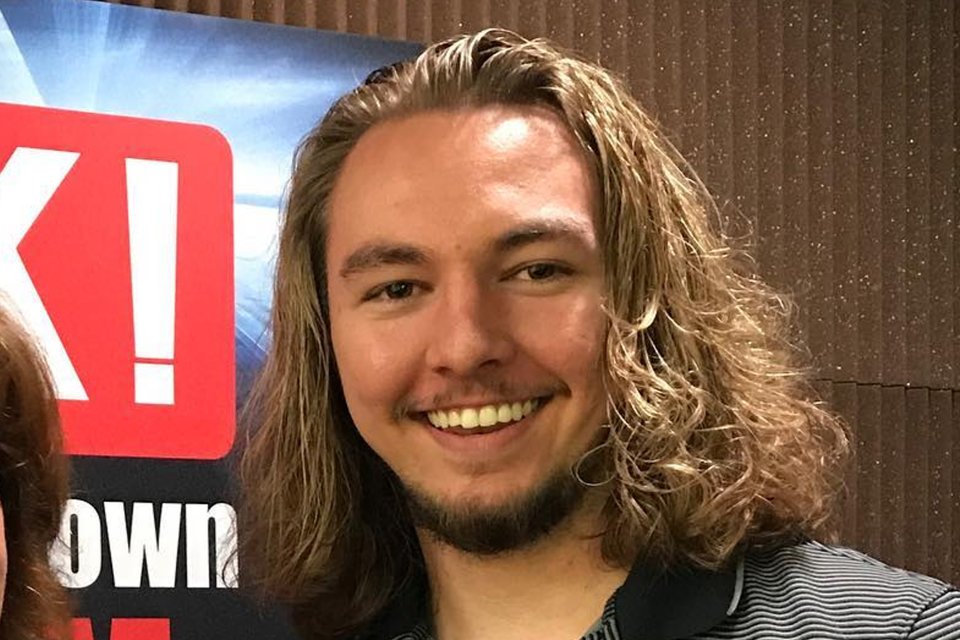 “The hands-on experience is everything."

It was third President of the United States Thomas Jefferson who once quipped that “It is the trade of lawyers to question everything, yield nothing, and talk by the hour.”

There’s no doubt that in order to make it in the courtroom and legal world, keen communication skills and a penchant for curiosity to delve deeper is essential. So it may not be that surprising that Steve Dwyer ‘20, now studying law at Ava Maria School of Law in Naples, Florida, found himself building these skills at Utica College with a hands-on internship experience not in front of the bench, but behind the radio microphone - interning at WUTQ 100.7FM during their Talk of the Town morning program.

“What interested me was being able to talk about politics and see a different side of the political world that I am not familiar with.”

A Government and Politics major while at Utica College, the format was right up Dwyer’s alley, even if he did find it a bit challenging to be up at 6 a.m. every morning.

“The show was from 6 am to 10 am, they usually had me come in around 7 a.m. So, I would come in slightly early and help out with any last minute tasks before coming out of the break.”

Once the show came back from its break, Dwyer’s responsibilities kicked into high gear for the broadcast’s next three hours with multiple tasks to aid the on-air crew.

“Whether that be doing some research of a topic being discussed on-air, reading articles they wanted me to know about, or printing out articles they didn’t have time to look at.”

Not that all his time was spent doing research. There were days when one of the show’s hosts was unavailable and Dwyer would step in to help co-host the show and take calls from viewers.

“I don’t think I was originally expected to be speaking, just running little errands here and there. So to have had the opportunity to weigh in on important discussions on a daily basis, sometimes with important people, was fantastic. I loved it so much.”

While headlines often favor the national goings-on in the world of politics, Dwyer says that his time on the air and in the studio with Talk of the Town made him give deeper thought than he had before about local politics and its implications on people’s lives.

“There are just so many important things going on all the time, and a lot of it can be local. So to have the opportunity to meet with so many guests and understand different sides of what happens around us, I think was very beneficial to my growth as a person and my knowledge of our community.”

It’s an experience that he says has allowed him to develop a connection to a part of the political world than he was familiar with - a connection he believes will be valuable to him in his future career in law.

“The hands-on experience is everything. I have done three internships during my time at UC, each one leading to incredible opportunities. That is 100% the key to everything in life, especially when figuring out what you want to do, is taking opportunities. By actually doing these things, I am applying what I study to the real world. Or sometimes, the real world applies itself to what I am studying.”

Combining all of these internship experiences from his time at UC, he says, have helped him to grow immensely, build his resume, and allow him to understand different areas of what he wants to be involved in throughout his life.

“It’s all about making connections with what you learn and what you’re doing, making connections with people, and taking advantage of every opportunity. It put me in really good positions,” he says. “My classes and experiences have helped me put into perspective what my goals are or what they can be, what I want to do and what I don’t want to do.”