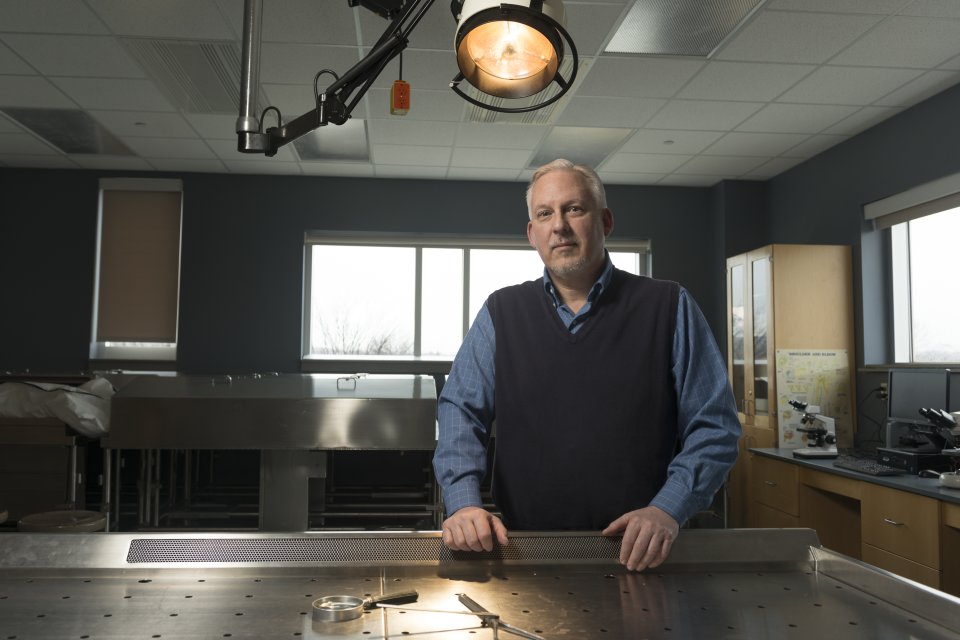 Dr. Thomas Crist is uncovering the missing pieces in our understanding of the African diaspora

On his first trip to the Francisc Rainer Institute in Bucharest, Romania in 2006, Thomas Crist, a forensic anthropologist, was casually exploring a collection when a particular skull caused him to do a double take.

“He looked different,” Crist recalls. “This man clearly looked much more like an African-descended person than all the other European-looking faces – all these skulls – that were in their collection.”

On a subsequent visit Rainer, which hosts one of the largest ancient bone collections in Europe, Crist found another skull that caught his attention for the same reasons.

The UC professor of physical therapy has worked closely with historical African-American cemeteries in the United States. His trained eye observed several differences in facial features between these two skulls and the other crania – 254 in total – from the same archaeological site.

For one, while closely examining the teeth of both skulls, Crist noticed a cusp pattern on the mandibular molars – the three back teeth on each side of the jawbone – that are uncommon among people of European descent but have been documented among men and women in Africa.

Crist went in search of the rest of the men’s skeletal remains, which were stored in the attic of the institute. With colleagues, he conducted DNA analysis on one man’s bones, which provided stronger evidence that the remains were those of an African-descended male – East African, specifically – between the ages of 35 and 40, who was buried between 1500 and 1525 AD.

Very little documentary evidence exists about the presence of Africans in Europe during Renaissance period (1300-1600 AD). In both the United States and Europe, the African diaspora has been most commonly associated with the slave trade that began in the 1400s. Images or representations from Roman and historic period Europe seldom include persons of color.

To that end, Crist’s work is helping to fill in some pretty large gaps in our understanding of the African diaspora – the often-forced migration of African people to other areas of the world. It is believed that Crist’s discovery at Rainer is the first documented evidence of the African diaspora in the Balkans or Southeastern Europe.

Through his continued research, Crist, who has presented his findings at several national conferences and is currently writing an article about this archaeological mystery, hopes to expand the understanding of the African presence in other parts of the world.

“We’re trying to broaden everyone’s appreciation, including Europeans, of the role Africans played.”