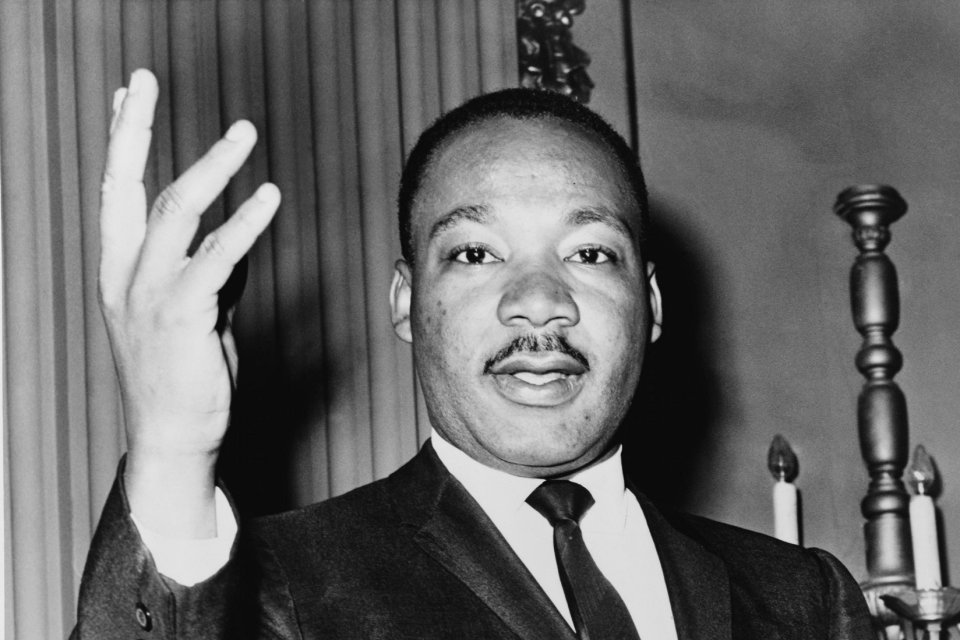 Over the next two weeks, the Utica College community will celebrate the life and legacy of Dr. Martin Luther King Jr. by hosting a variety of events.

This year, Utica College’s celebration of Dr. King will feature events and activities that explore the many ways MLK’s overarching vision and message of love informs ongoing efforts to build a more just, inclusive and compassionate society from the ground up.

The celebration will kick off on Thursday, Jan. 17 at 7 p.m. in Macfarlane Auditorium, DePerno Hall, where FILM@UC will present the film “King In the Wilderness.” This film is a powerful, yet quiet and understated documentary about the final 18 months of Dr. Martin Luther King, Jr.’s life, humanizing him as a conflicted leader beset on all sides, struggling with self-doubt and physical and mental exhaustion, and facing criticism for his vocal opposition to the U.S. war in Vietnam and his schism with leaders of the growing Black Power movement over his insistence on nonviolence. This event is free and open to the public.

On Tuesday, Jan. 22, UC invites the public to a documentary screening and panel discussion of “Left Behind: The Story of New Orleans’ Public Schools.” The film will begin at 4 p.m. in Macfarlane Auditorium, with the panel discussion beginning at 5:30 p.m. The documentary follows three students in New Orleans from the state-mandated LEAP test to Mardi Gras marching bands, from family functions to random shootings to school riots and more. As the students discuss their hopes, dreams, and aspirations, the directors explore the various problems in the school system, including racism, violence, poverty, dysfunctional families, and politics. The directors discover further questions, the answers to which are not as easy as they may seem.

On Wednesday, Jan. 23, UC invites the public to another documentary screening and discussion on “LA 92,” where filmmakers examine the rarely seen archival footage of the protests and violence that ensued in Los Angeles after the verdict in the Rodney King trial 25 years prior. The documentary addresses an America more conscious than ever of the problems between the country's law-enforcement institutions and those they are supposed to protect and serve. The screening will begin at 4 p.m. in Carbone Family Auditorium, room 112 in the Economic Crime and Justice Studies building, with the discussion and open mic following at 6 p.m.. Following the discussion, the film will be screened again at 7 p.m. for those unable to attend the 4 p.m. showing. Those attending the 7 p.m. showing are invited to join the 6 p.m. discussion as well.

FILM@UC invites the public and the UC community for another film on Thursday, Jan. 24 at 7 p.m. in Macfarlane Auditorium. The documentary, “Owned, A Tale of Two Americas,” about the ugly side of the American Dream, exposes the roots of the American housing economy’s racist underpinnings and the systematic and unequal division of opportunity between whites and blacks in the postwar U.S. housing market, the effects of which still haunt us today.

Finally, on Monday, Jan. 28 at 5 p.m., UC will host “Poverty Symposium, Photovoice and Human Library project.” The symposium includes a panel exploring the questions “What does poverty mean in America in 2019?” “What does it look like in our communities, and how does lack of economic resources affect access to that which we often take for granted – food, shelter, safety and education?” and  “What, and how well, are we doing in addressing the systems of economic inequity today?” Those in attendance will also hear from those most affected by poverty through a Human Library project as they share their stories and images reflecting their experiences through a Photovoice and Human Library project.

Symposium panelists include moderator Tiffany Marley, director of practice transformation for the National Community Action Partnership; Mary Hayes Gordon, director of program operations for the Young Scholars Liberty Partnership Program; Richard Duque, assistant professor of sociology at Utica College; and Ugur Orak, assistant professor of sociology at Utica College. The symposium will be held in Carbone Family Auditorium, room 112 in the Economic Crime and Justice Studies building. The event is free and open to the public, but registration is required. To register or for more information on the symposium, contact Maureen Murphy at mmurphy@mvcaa.com.

All of the events listed above are free and open to the public. UC will also host a number of other events for Utica College students, faculty, and staff from January 17 to January 31 to celebrate Martin Luther King Jr’s life and legacy.